Northern Sri Lanka is home to some of the most impressive historical sites in the world; one of them being the mighty rock fortress of Sigiriya (Lion Rock in Sinhalese). A UNESCO World Heritage Site, the 200m high fortress was the centerpiece of an ancient capital city dating back to the 5th century AD. 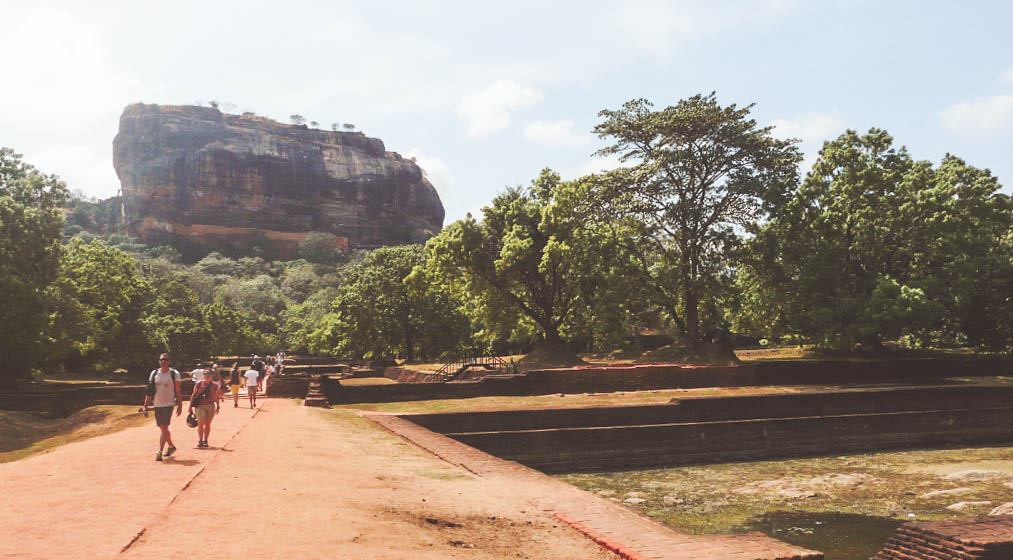 Back then, King Dhatusena of the Mauryan dynasty ruled from the holy city of Anuradhapura. His son, Kashyapa I seized power by staging a military coup and forced his brother Moggallana (the rightful heir) to flee the country. Due to this, he was extremely unpopular among the people. Fearing a retaliatory attack by Moggallana, Kashyapa I relocated his capital from Anuradhapura to Sigiriya. 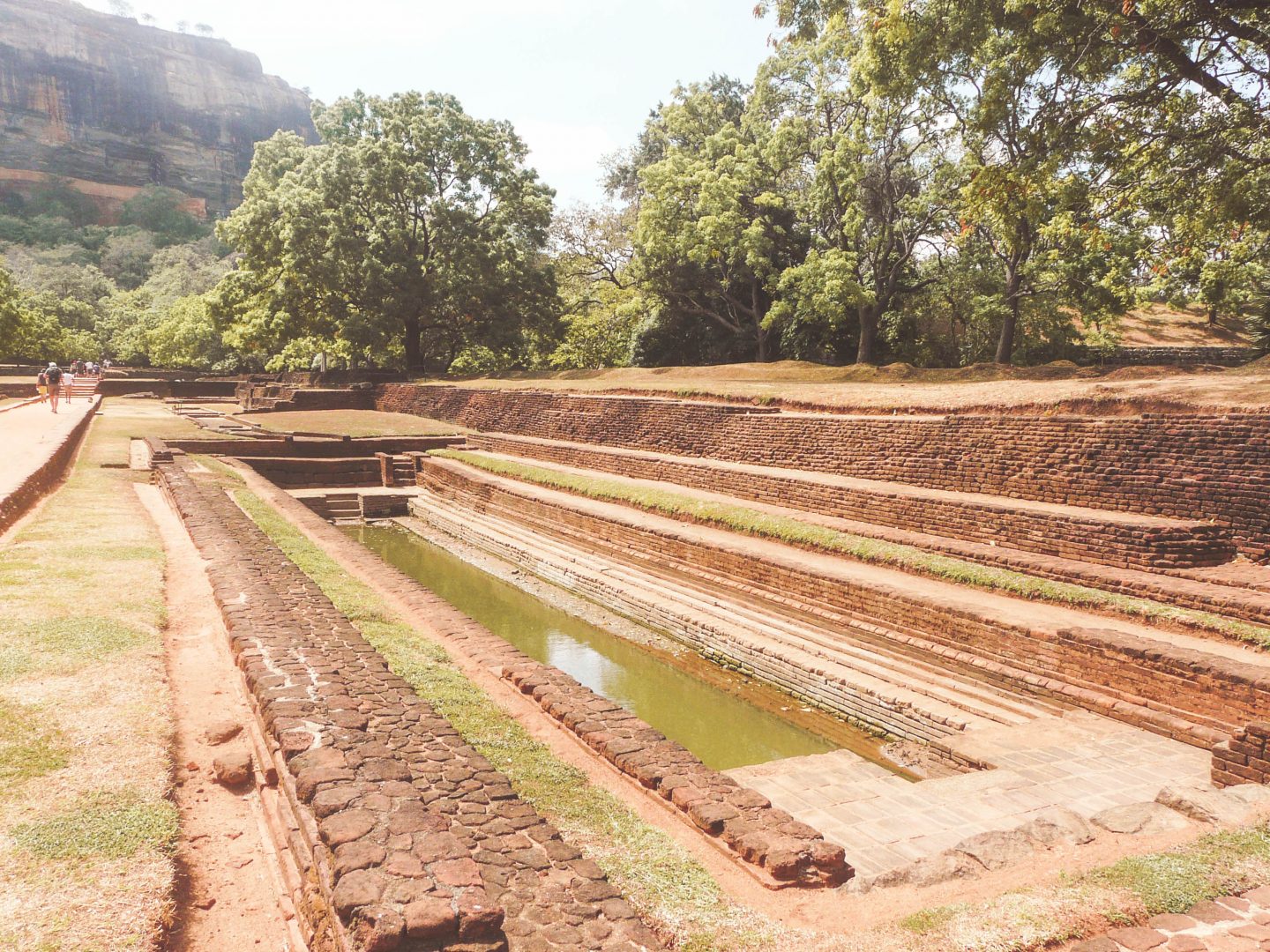 During his reign, he developed a city around the rock complete with defensive structures, palaces, pools and gardens. He also built a massive gate atop the rock in the shape of a gigantic lion which gives the fortress its name. Parts of the ancient city’s structures, the Lion Gate along with frescoes from this period still survive today, making Sigiriya a must-see attraction. 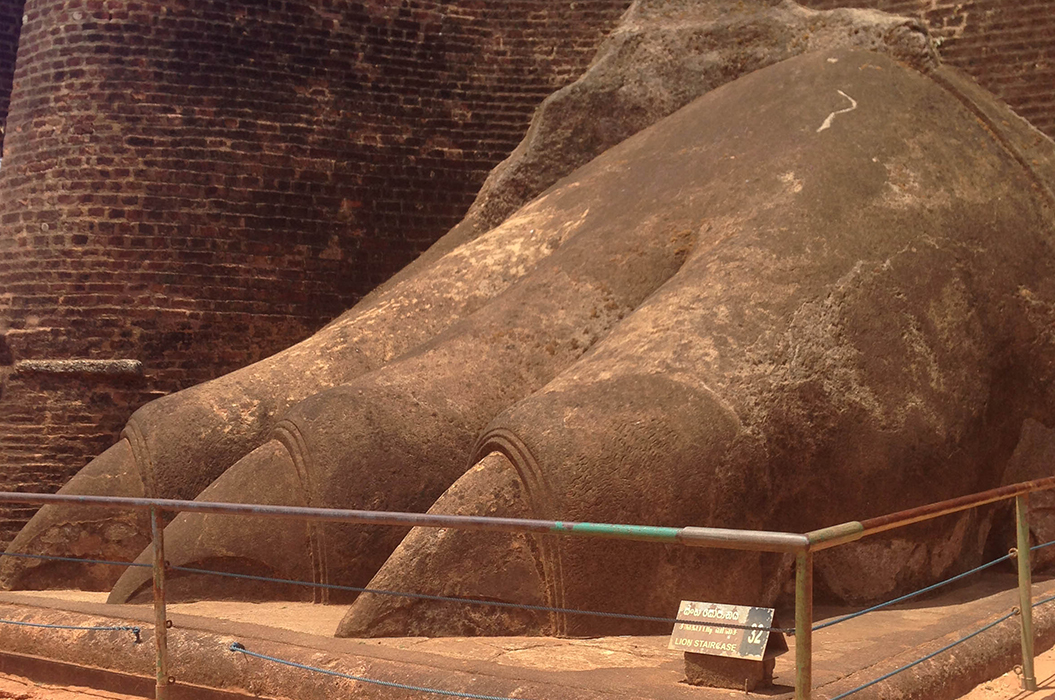 The Lion Paw at the northern end of the rock 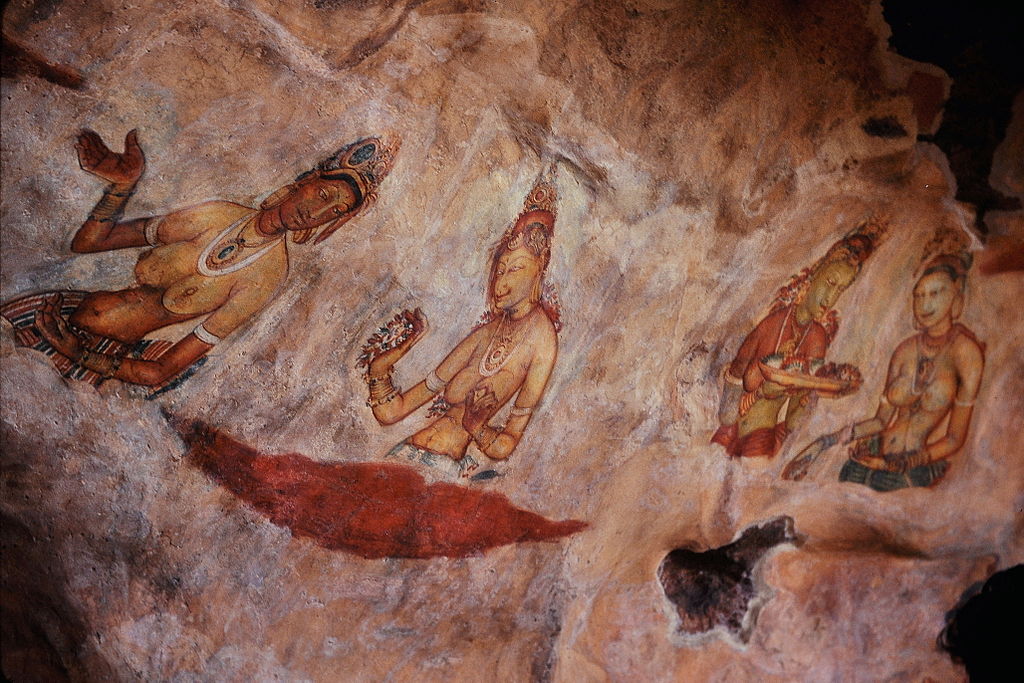 We had read that it is advisable to climb Sigiriya early in the morning as it gets hot later on. Accordingly, we reached the site entrance around 7:30 AM. Even so, there were already a fair number of vehicles and visitors present.  We proceeded to the counter to buy our tickets and were surprised to learn that visitors from SAARC countries get a 50% discount. As citizens of India, we were eligible for this discount. The Sigiriya ticket costs USD 30 per person (LKR 5,200 at current rates) for foreigners. So for the two of us, the chance to save USD 30 was an awesome deal! 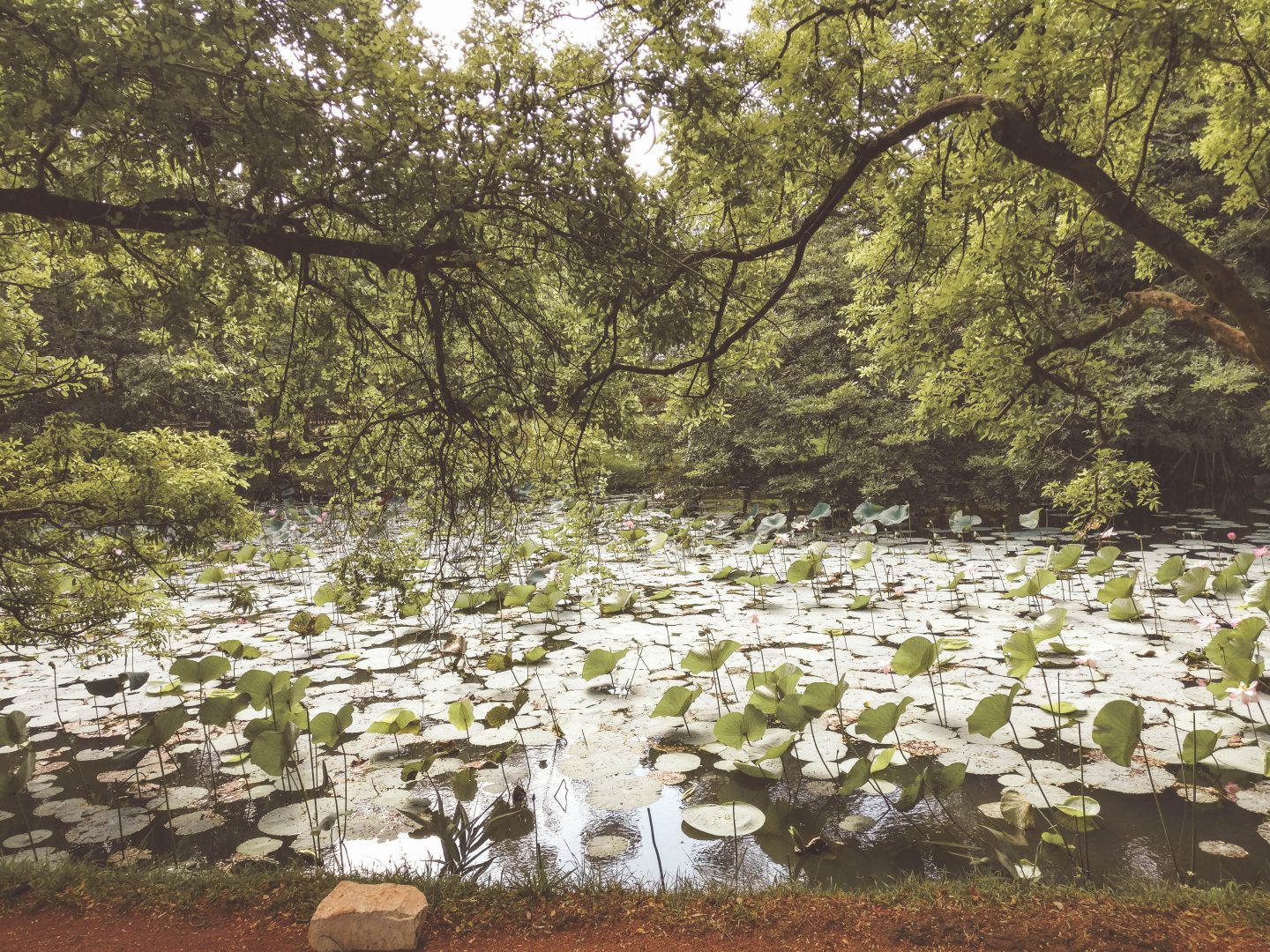 While we pondered our options, our chauffeur Nisantha generously offered to go to Mahagedara Eco Retreat and get the passports for us. He suggested that we could in the meantime explore the surroundings near the park entrance as well as the indoor museum. While we killed time until Nisantha returned, we discovered a separate ticket counter inside the museum. Apparently, this counter is exclusively for visitors who have pre-booked tickets online. And the queue was empty! We would definitely recommend that you use this facility to avoid the rush at the main counter. Tickets can be booked through the Sri Lankan Central Cultural Fund website. You can also reserve tickets for two other heritage sites in the area: Anuradhapura and Pollonaruwa. 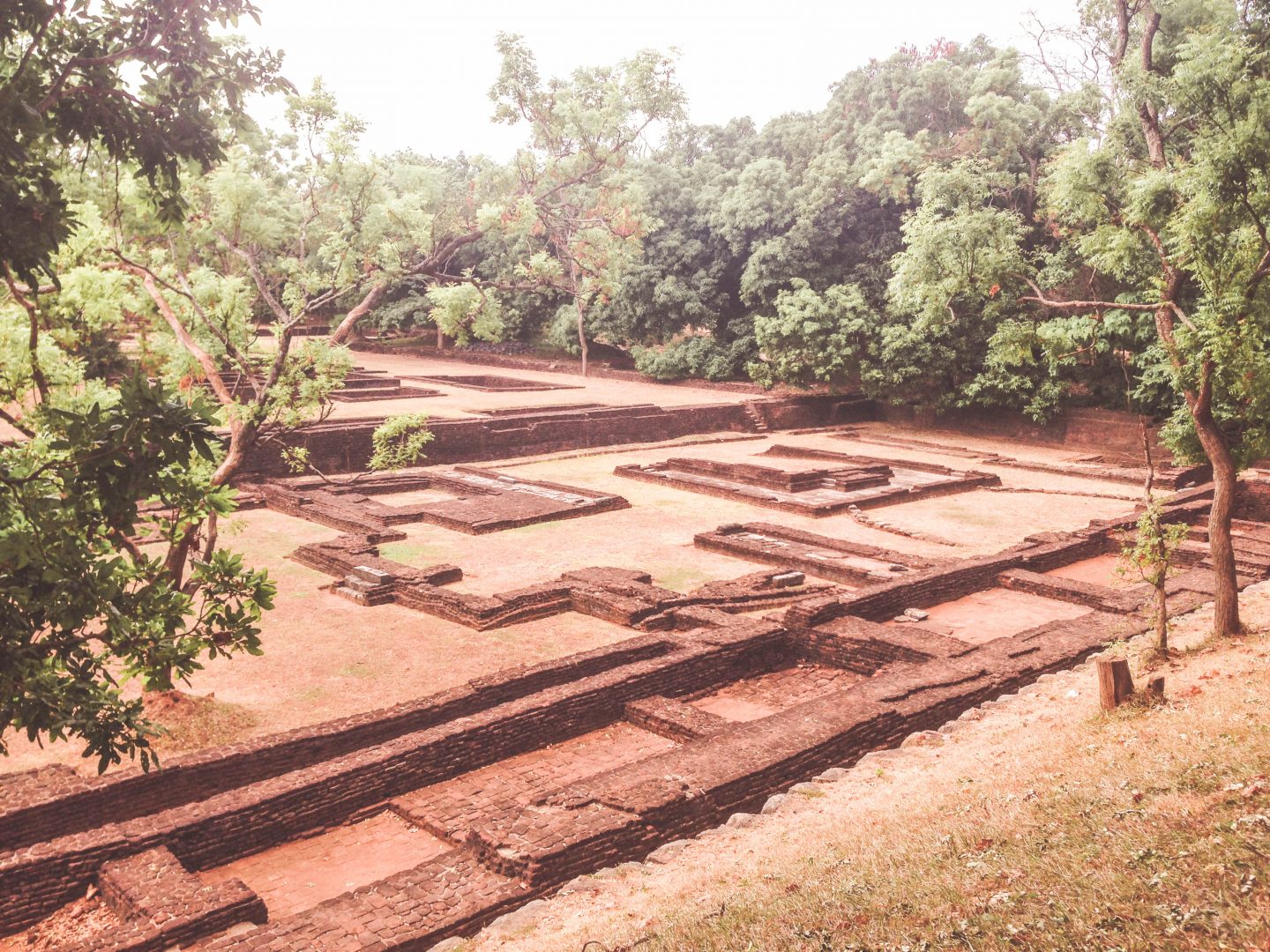 Nisantha returned with our passports about an hour later. We finally purchased our (discounted) tickets and started our hike up the Sigiriya rock around 9 AM. The hike up to the top takes about 2 to 2.5 hours. 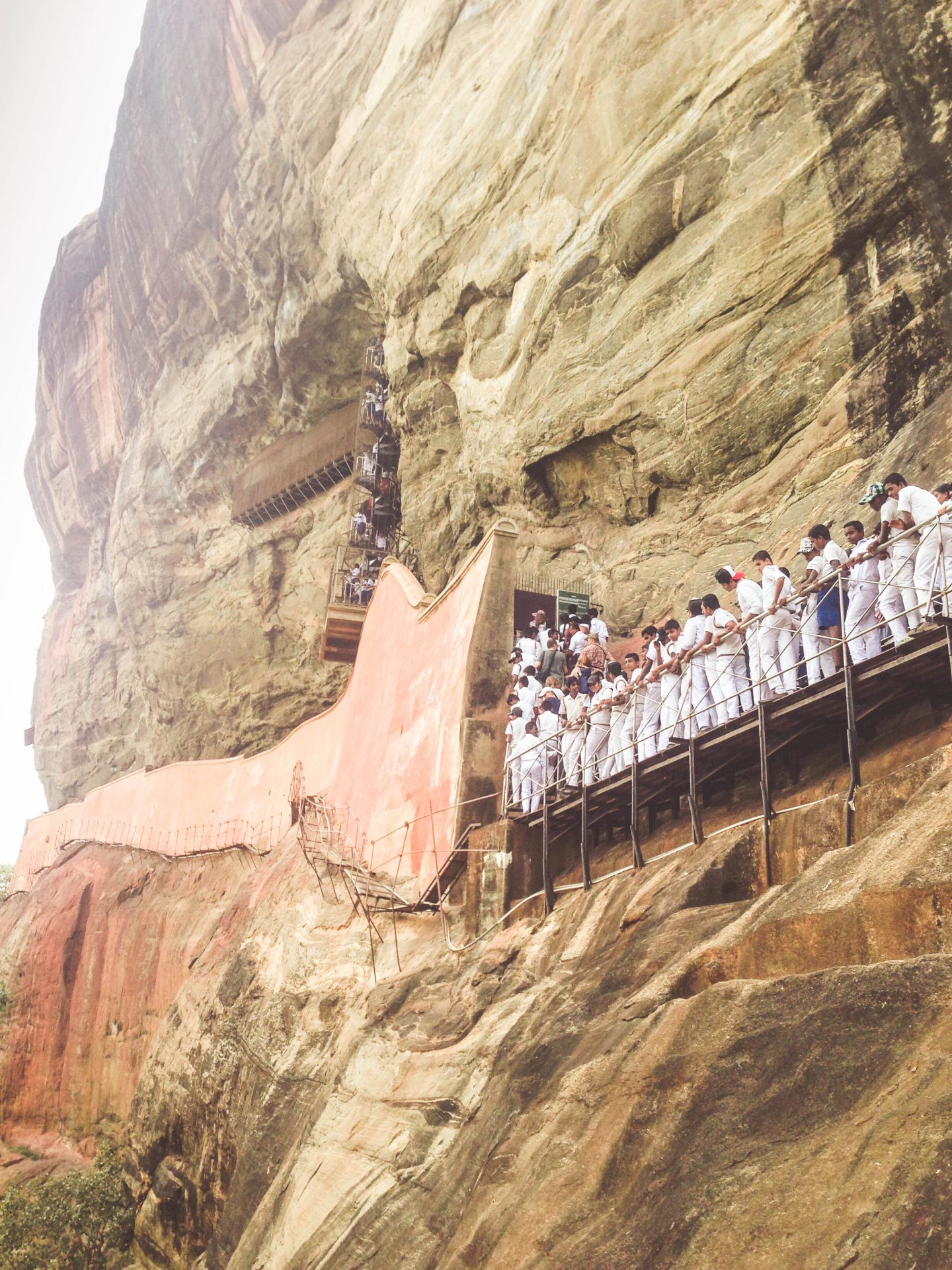 Certain sections of the climb are narrow and visitors must wait their turn. This can slow down your ascent/descent. Due to our late start, we reached the top only around 11 AM and the weather was sweltering. Starting early in the morning is excellent advice so we’d recommend reaching Sigiriya at 7 AM if possible. 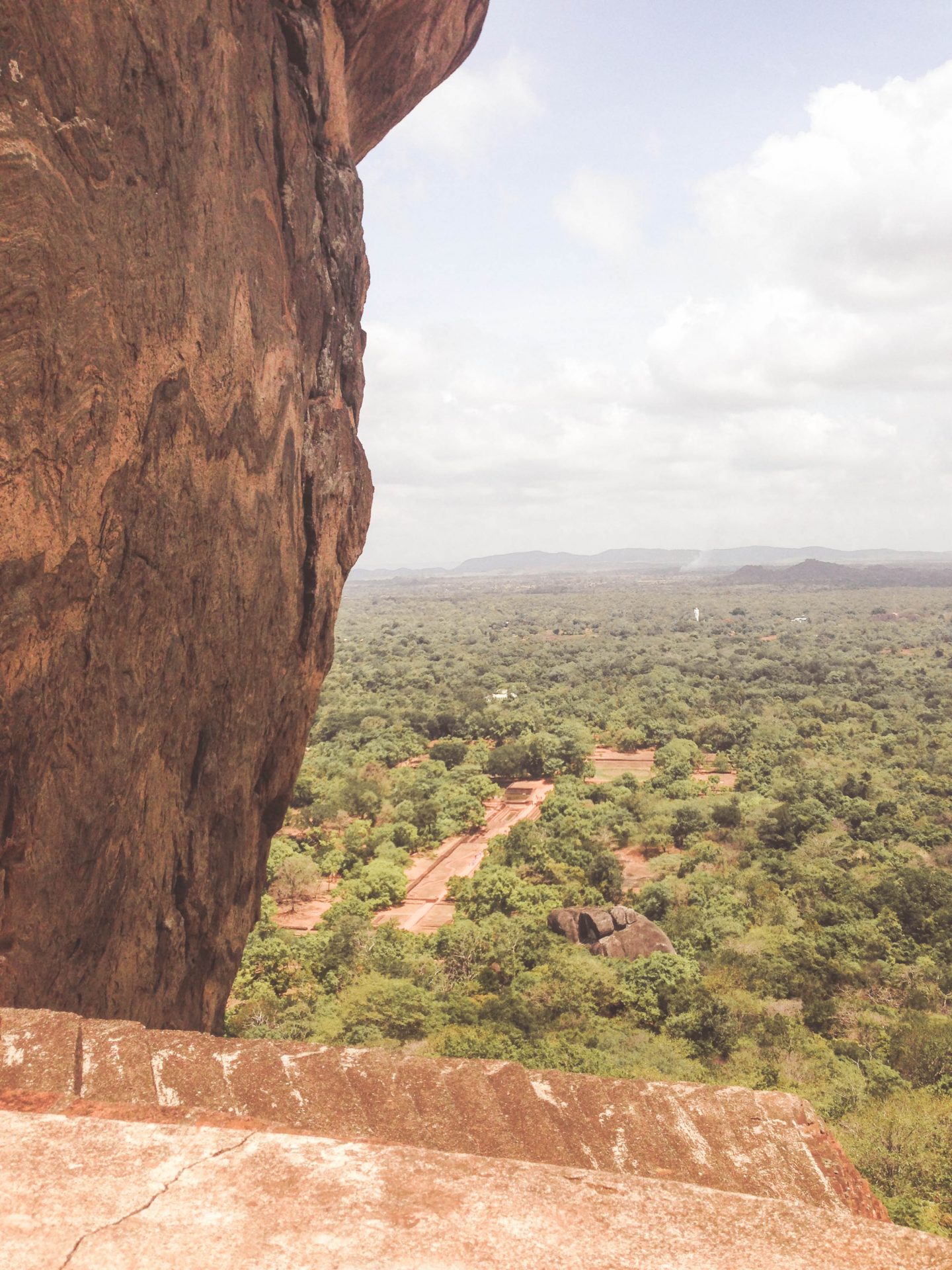 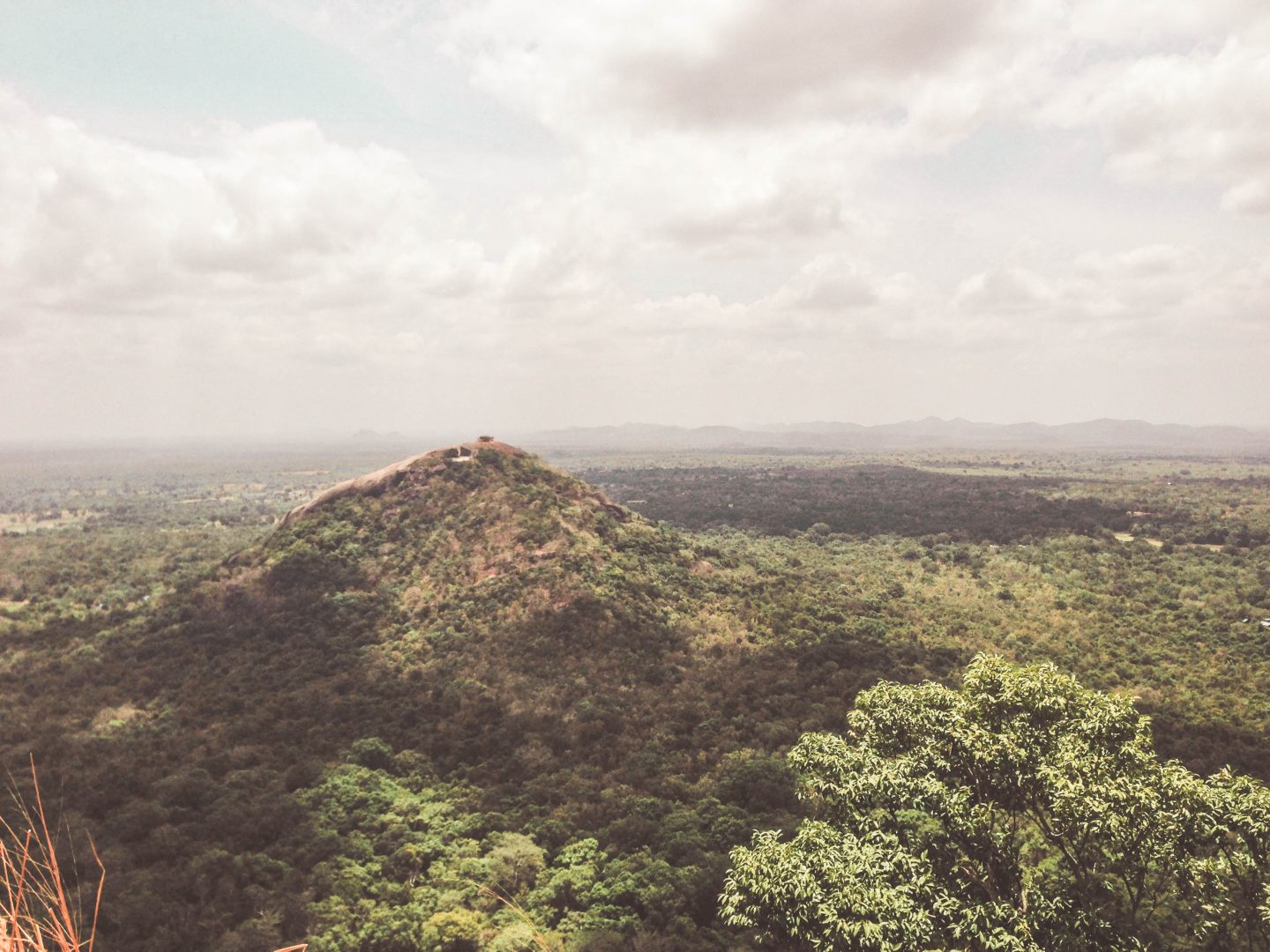 Despite the weather, the view from the top is certainly breathtaking. You can get an excellent view of the surrounding terrain as well as a bird’s eye view of the ancient city’s gardens and moats. One of the most prominent elevations that you can see from Sigiriya is the rocky outcrop of Pidurangala. We didn’t have time to climb Pidurangala on this trip, although we think that the view of Sigiriya fortress from the top must be equally spectacular. If you’re on a shoestring budget, you’ll be glad to know that the entry fee for Pidurangala is 1/10th the cost of Sigiriya at USD 3 (LKR 530 at the current rates) per person and it’s less crowded. But you’d miss out on the intriguing history and architecture of this ancient 5th century capital. We’d recommend doing both if you’ve got the time and the budget. 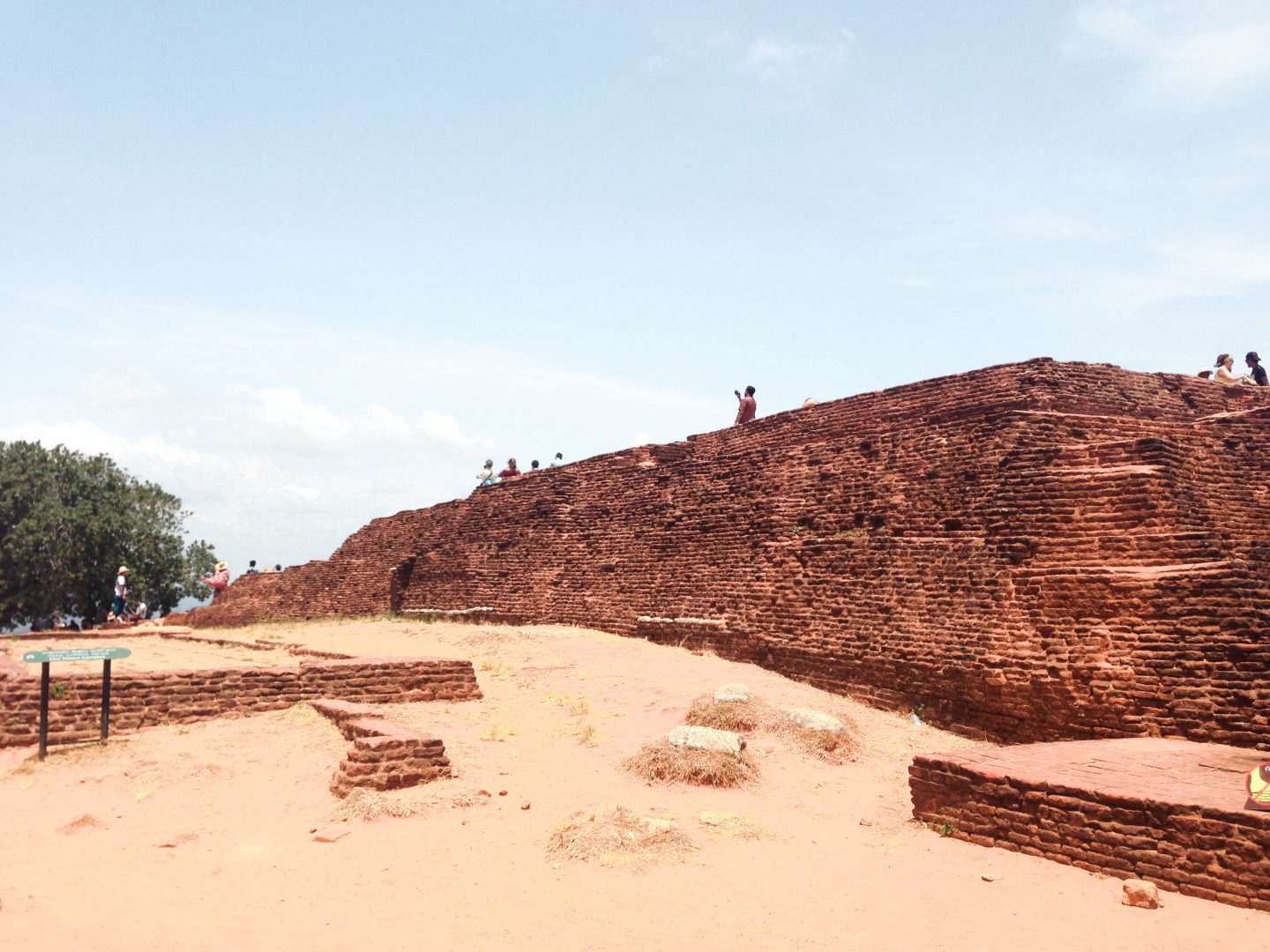 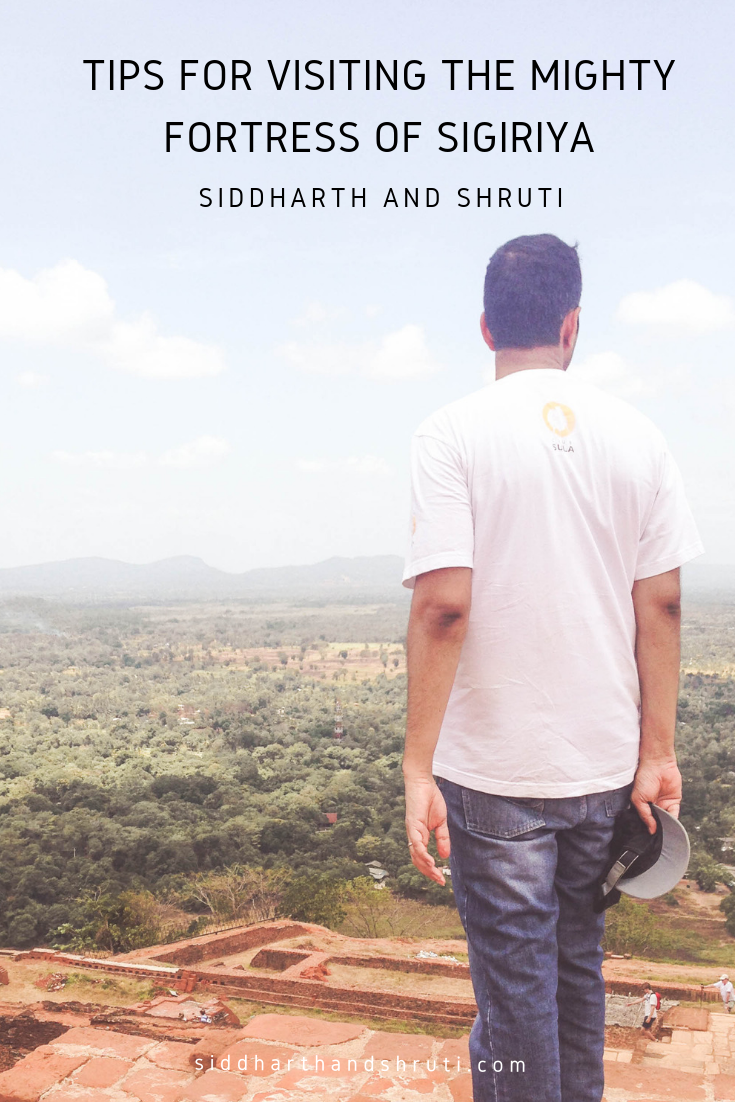