Situated on the Atlantic coast at the mouth of the river Tagus is Lisbon; the capital of Portugal. It is one of the oldest cities in the world with archaeological records indicating permanent settlements since 2500 BC. Lisbon’s history has been shaped by successive empires including those of the Greeks, Carthaginians, Romans, Visigoths and the Moors to name a few. During the Age of Discovery, Portugal was a colonial power which influenced world trade and politics for nearly six centuries. 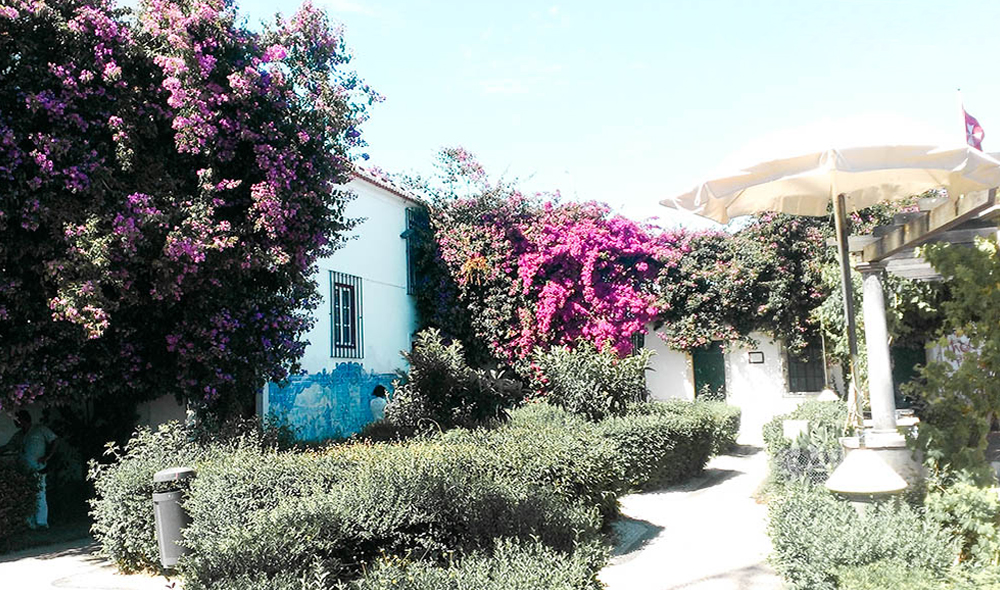 As a result of its long history, modern-day Lisbon is a culturally rich and vibrant metropolis and a must-visit destination for travelers. Here are 10 reasons why we feel Lisbon should make it onto your Europe trip itinerary.

The monastery of Jerónimos (or Heironymites) is a UNESCO World Heritage site located in the Belém parish of Lisbon. The 16th century monastery is most famous for its ornate Portuguese late Gothic (or Manueline) style of architecture. This is most evident in design of the side entrance and the square cloister. The two-storey design of the cloister is quite unique and a novelty at the time of its construction. The main chapel of the monastery is also quite beautiful with its high ceiling and stained glass mosaics. In the 17th century, the monastery served as the resting place of the Portuguese nobility including King Alfonso VI and Catherine of Braganza. Also interred here are the remains of the famous explorer Vasco da Gama. Today, the monastery also houses the National Archaeological Museum and the Maritime Museum in its western wing. 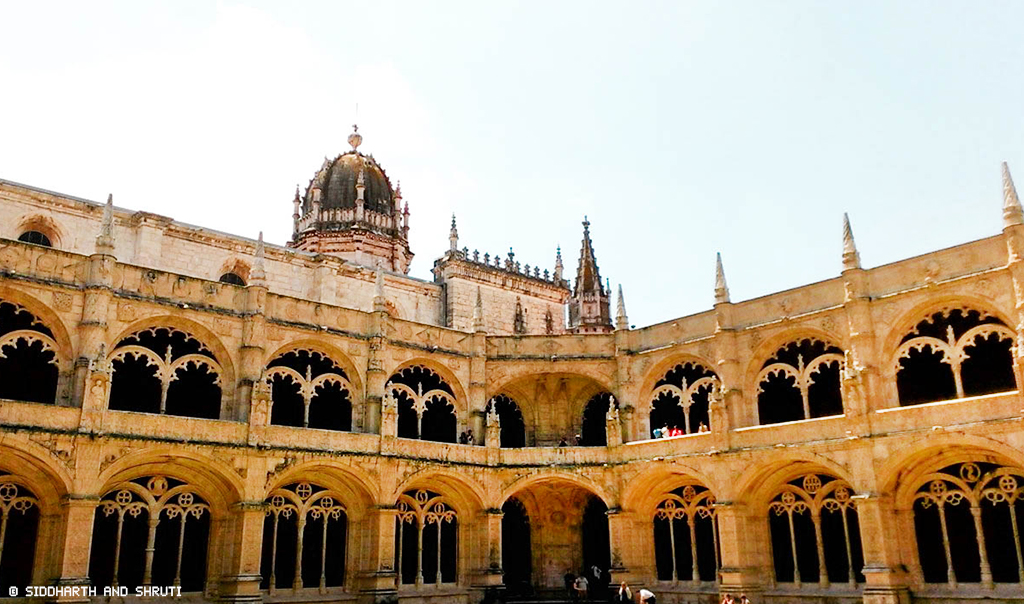 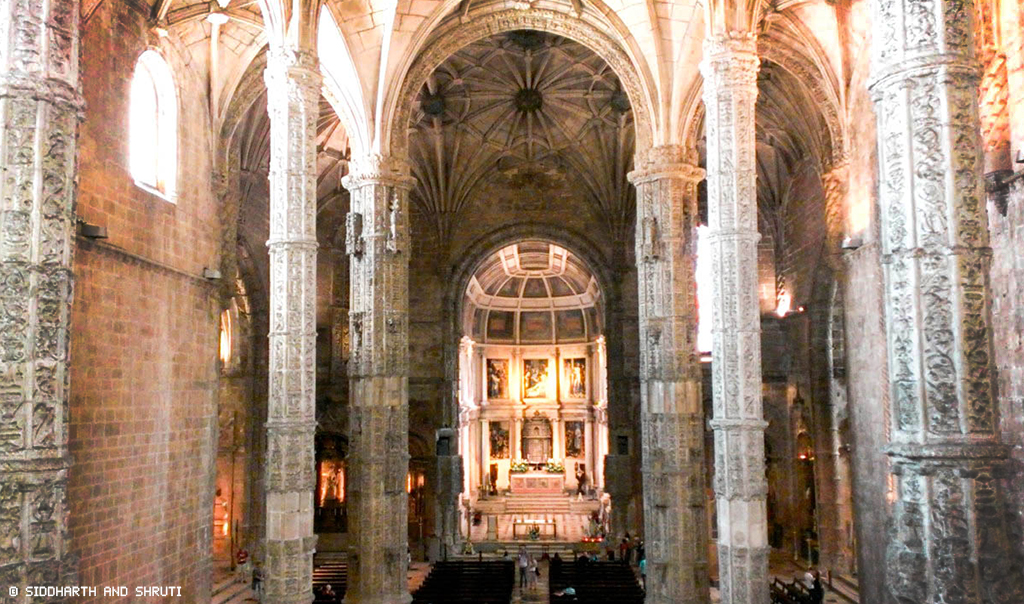 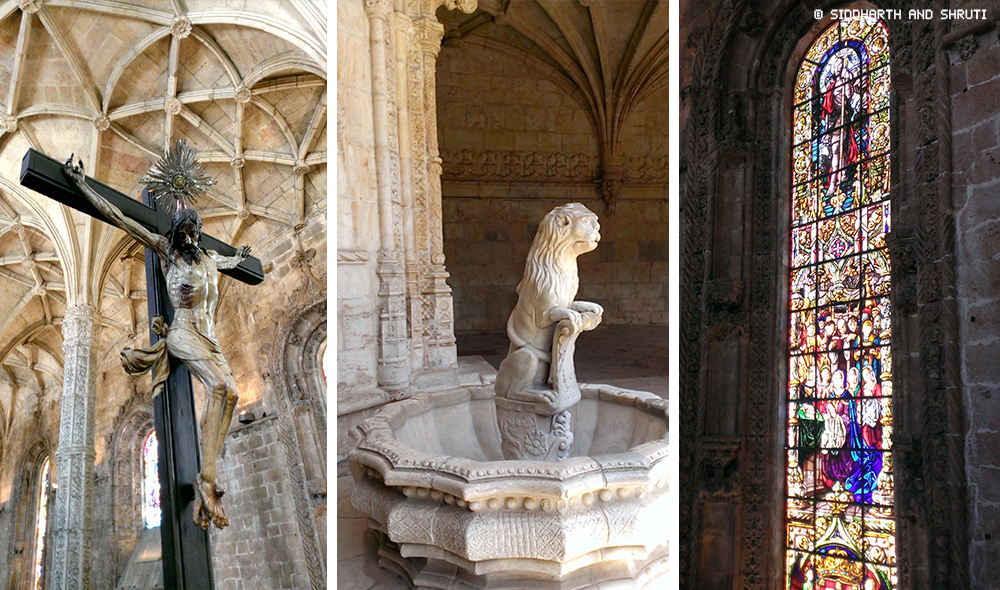 2. Pay homage to the Padrão dos Descobrimentos (Monument of the Discoveries)

The Monument of the Discoveries is a modern homage to the Portuguese Age of Discovery in the 15th and 16th century. Located along the banks of the river Tagus, its western and eastern sides are lined with statues representing 33 key figures from the era. The monument is just a short walk from the Tower of Belém so we would recommend exploring both together. 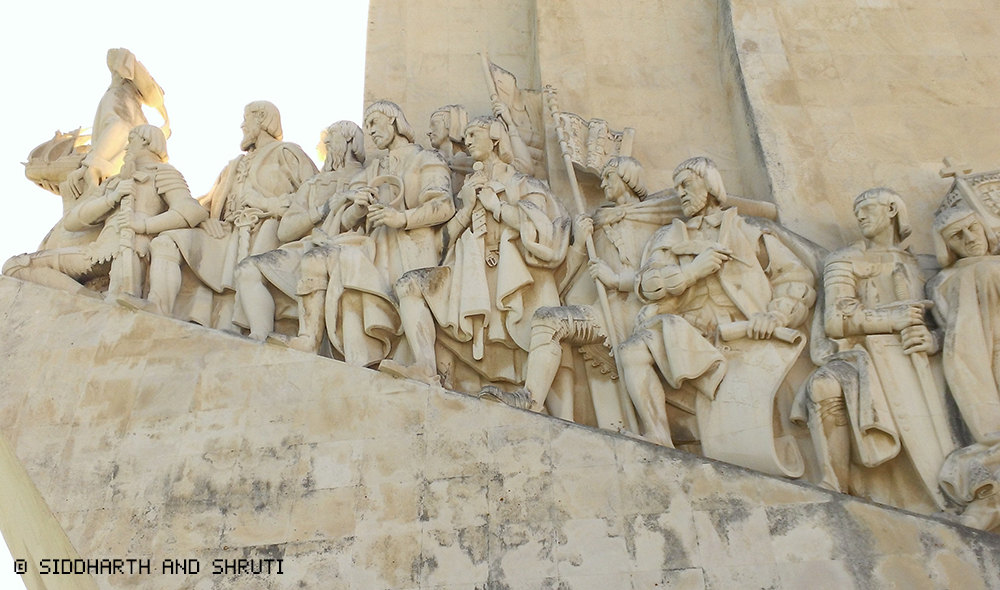 The other UNESCO World Heritage site in Lisbon is the Torre de Belém. Originally conceived as a defence structure due to its location at the mouth of the river Tagus, it rose to prominence as the starting point for many expeditions during the Age of Discovery. Famous explorers such as Vasco da Gama and Pedro Álvares Cabral set sail for India and Brazil respectively from here. For many of the sailors on these voyages, the sparkling white Tower of Belém was the last sight of their homeland before heading out to sea. 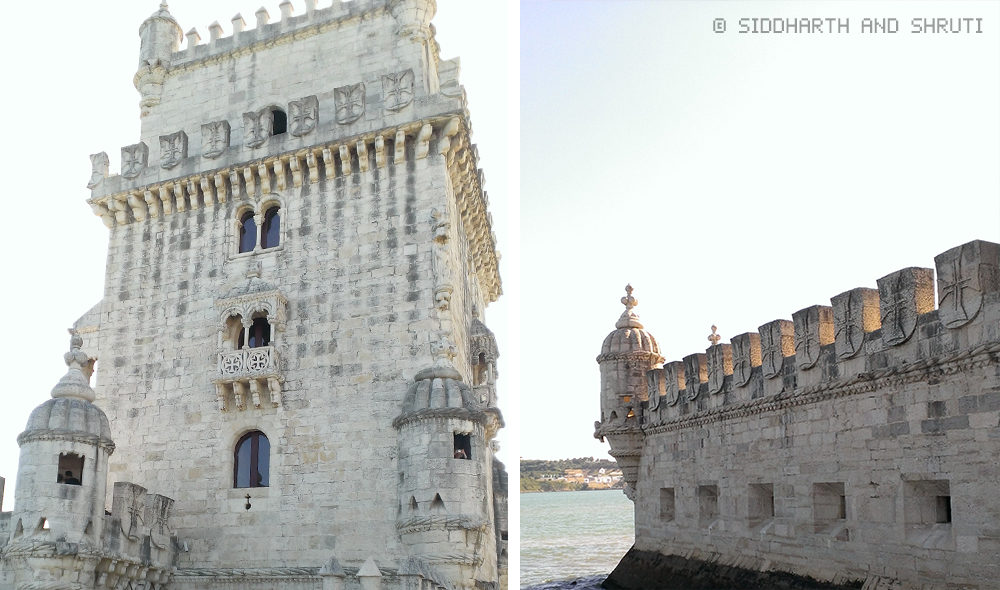 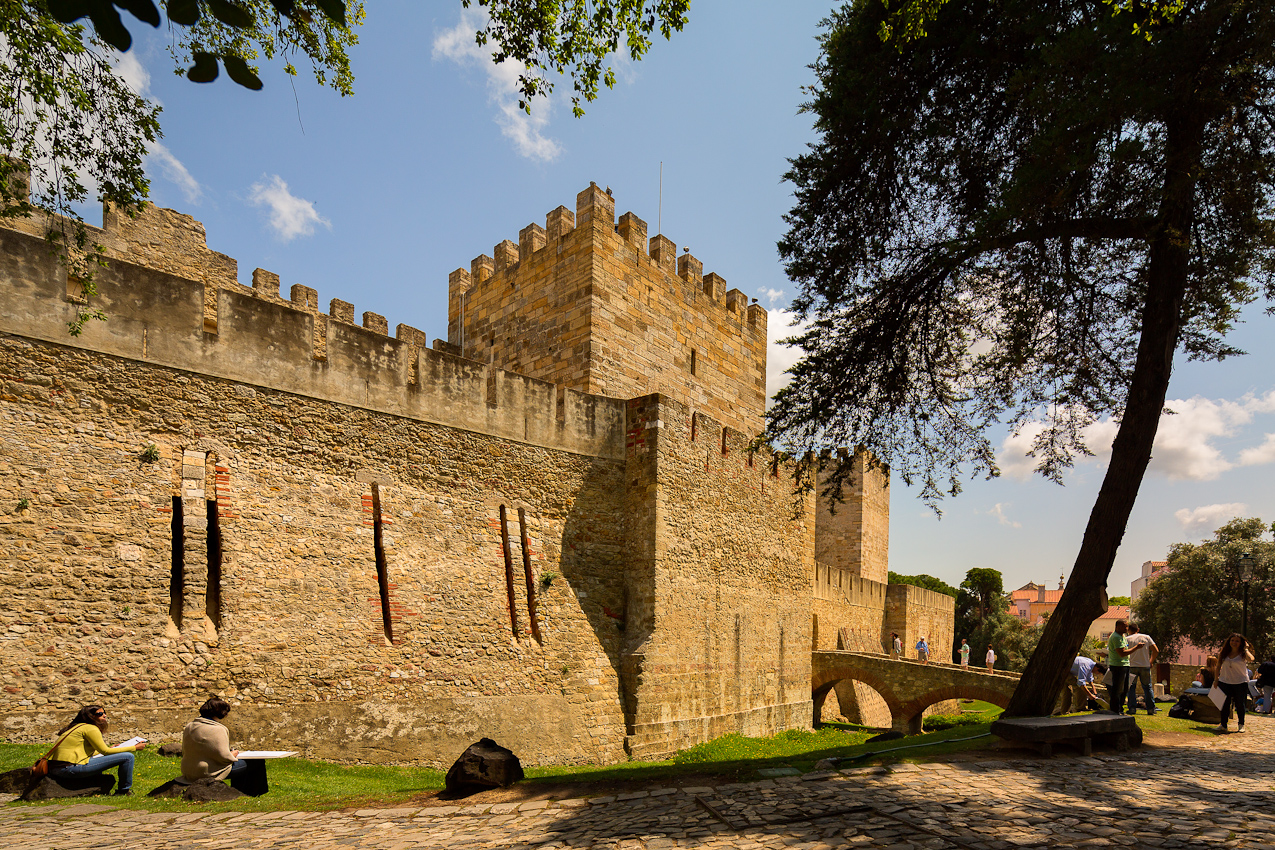 Located on a hill in the centre of Lisbon, Castelo de São Jorge is a fortification dating back to 10th century. Although the present day construction is mostly of Moorish and Christian origin, archaeologists have found fortifications from as far back as the 2nd century BC. It’s a great feeling to stand at a site so ancient and take in a panorama of the city. The castle also hosts a multimedia show called Olissipónia about the history of Lisbon.

5. People watch at the Praça do Comércio (Commerce Place) 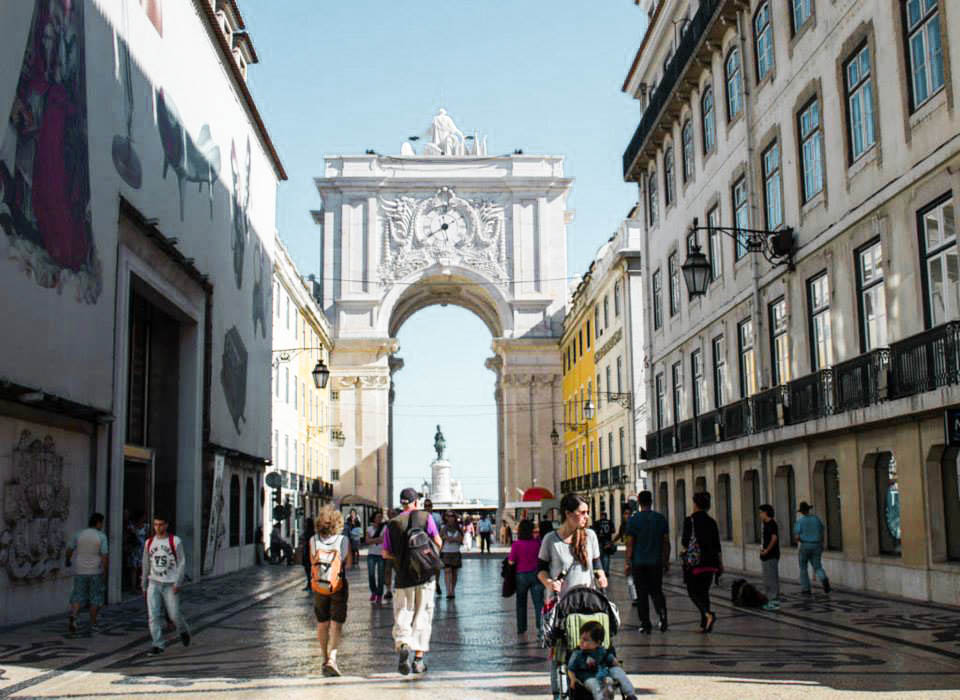 Praça do Comércio is a large open square situated on the site of the former Ribeira Palace; home of the Portuguese nobility until its destruction in the 1755 Lisbon earthquake. Two of its main features are the statue of King José I in the centre of the square and the Arco da Rua Augusta; a triumphal arch-like structure. The archway leads onto Rua Augusta; a lively pedestrian street lined with mosaic pavements, outdoor cafés, buskers and shops. It’s quite crowded during the day so we’d recommend visiting in the late evening.

The Santa Justa lift is a 19th century wrought iron elevator located in the old city centre of Lisbon. Built to ferry passengers up the steep hill from Baixa district to Carmo, it is still in use today. The elevator has become a tourist attraction for its neo-Gothic arches and geometric patterns. At the top is a observation platform from where visitors can get a panoramic view of the city. However, be prepared for a long wait if you visit in the middle of the day. The observation gallery can only accommodate about 30 people at one time. 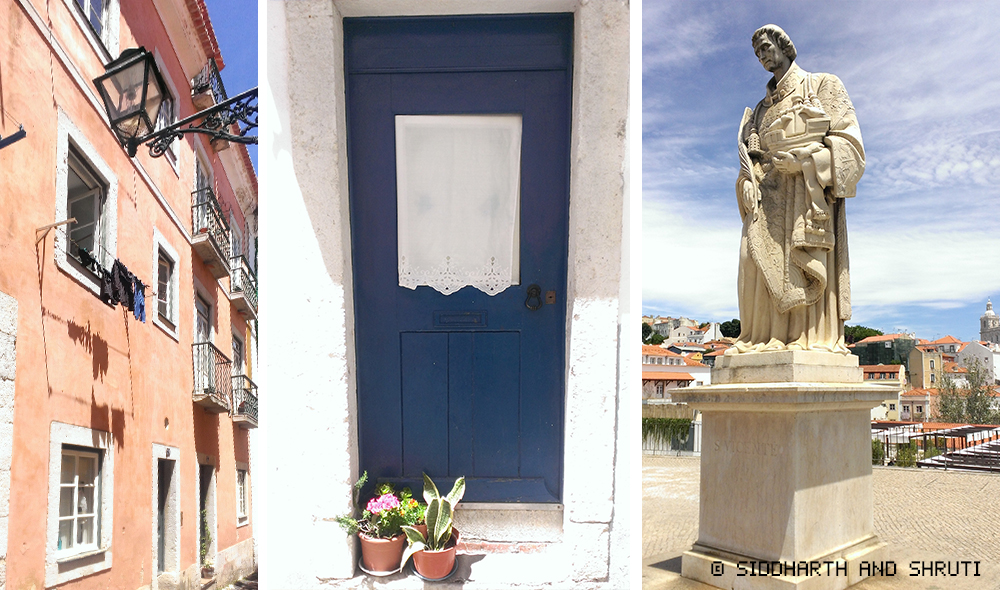 Alfama is the oldest parish of Lisbon and is generally considered a poor neighborhood. However, this part of the city is extremely picturesque with its labyrinthine narrow streets and small houses. It’s a great place to explore on foot and in particular experience the Fado. Fado is a musical performance art which traces its origins to early 19th century Lisbon. It is best experienced over dinner and Alfama has a number of Fado bars and restaurants to choose from. 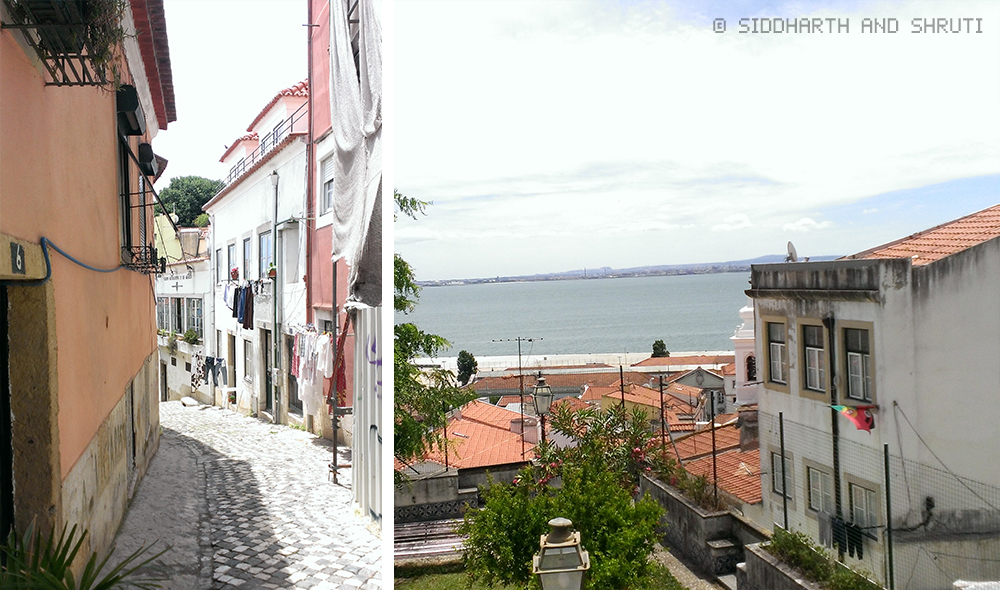 Almada is the city on the opposite shore of the river Tagus. A visit to Almada gives you a chance to see two attractions; the 25 de Abril (25th of April) Bridge which connects the two cities and the Sanctuary of Christ the King.

The 25 de Abril Bridge is a beautiful suspension bridge which bears a strong resemblance to the Golden Gate Bridge in San Francisco. In fact, it was built by the American Bridge Company which constructed the San Francisco-Oakland Bay Bridge and thus has a very similar design but its colour is the familiar reddish-orange of the Golden Gate. The Sanctuary of Christ the King is a Catholic monument dedicated to Sacred Heart of Jesus Christ and the highest point in Almada. It bears a strong resemblance to the statue of Christ the Redeemer in Rio de Janeiro. 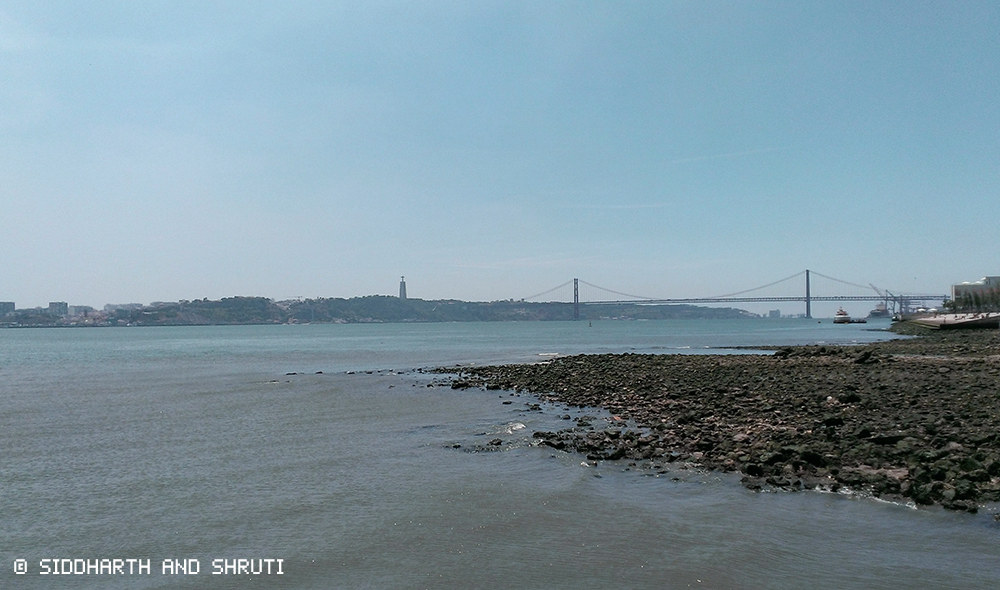 If you have visited Lisbon, tell us what your favorite things about the city are in the comments below. Did we miss any must-see attractions? 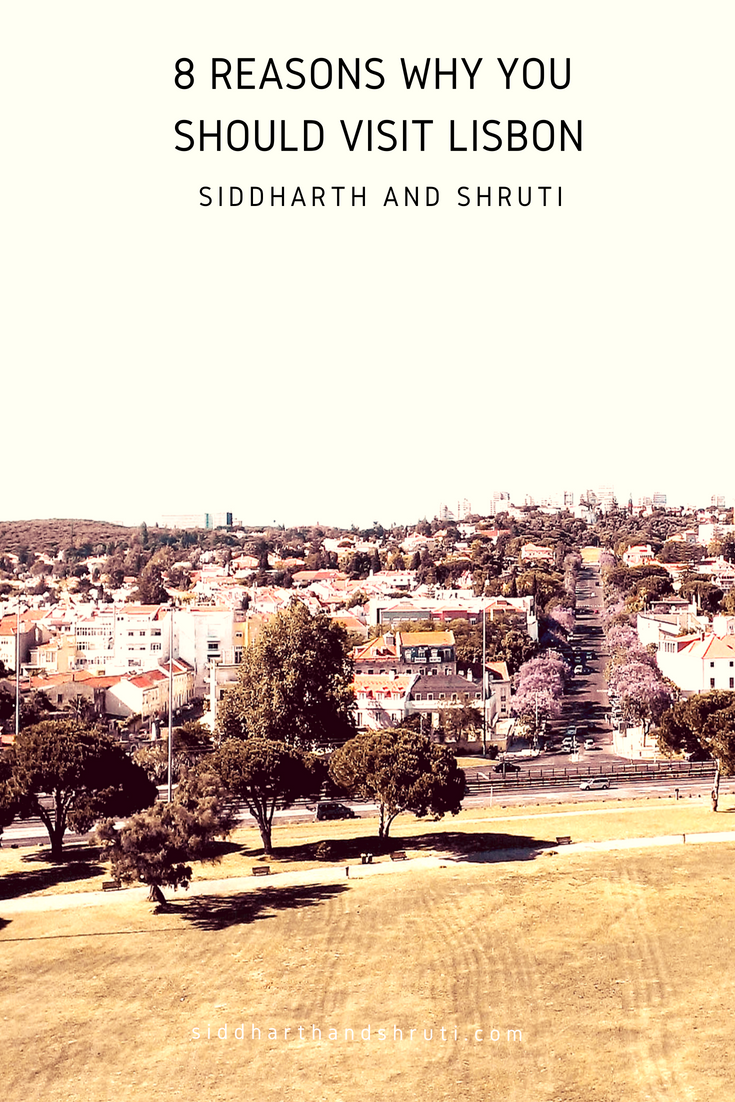