When we decided to plan our Indonesia trip, we were certain of one thing, we would do more than just Bali. Should we go west towards Borobudur or should we go east toward Flores? After a fair bit of research, we came to a conclusion, that we would want to go east. Why, you ask? Dragons!

Yes, we are obsessed with Game of Thrones. Sadly these dragons don’t exist. But Komodo dragons do!

Komodo dragons is a species of lizard, specifically the monitor lizard family, Varanidae. It is the largest and the heaviest lizards in the world. Also known as the Komodo monitor, their bite is venomous. 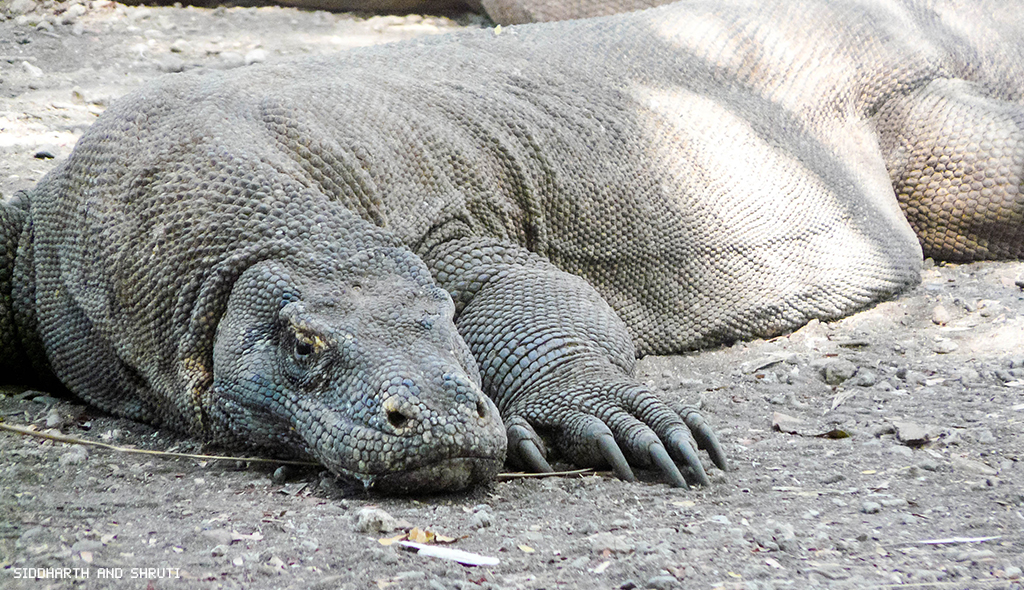 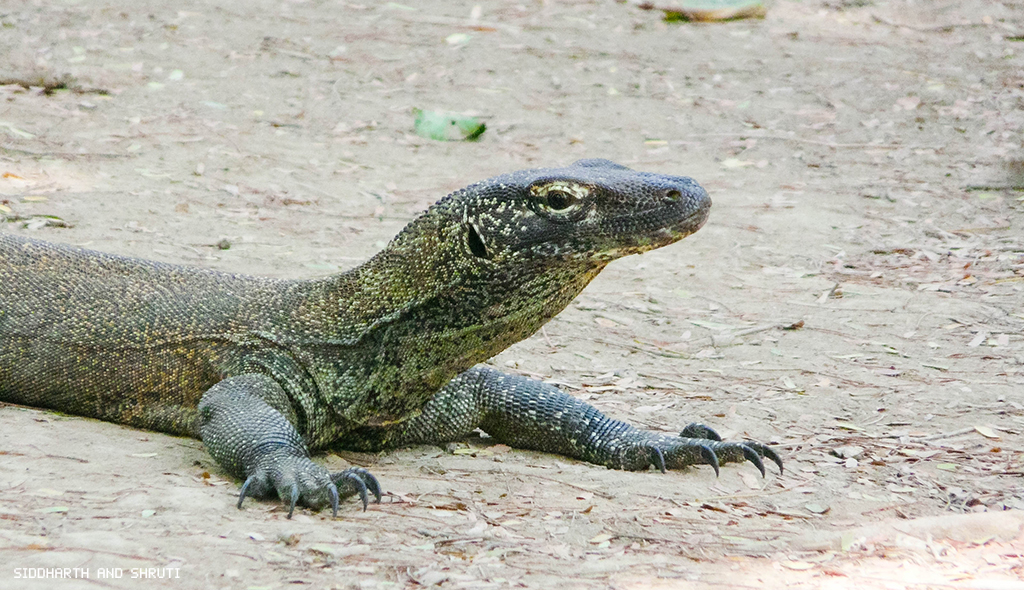 This is a baby Komodo monitor. Full-grown adults (like the first picture) can reach as much as 10 feet. They are found on both Komodo Island and Rinca Island in Indonesia. And that’s where the conundrum happened. Should we choose Komodo or should we choose Rinca? 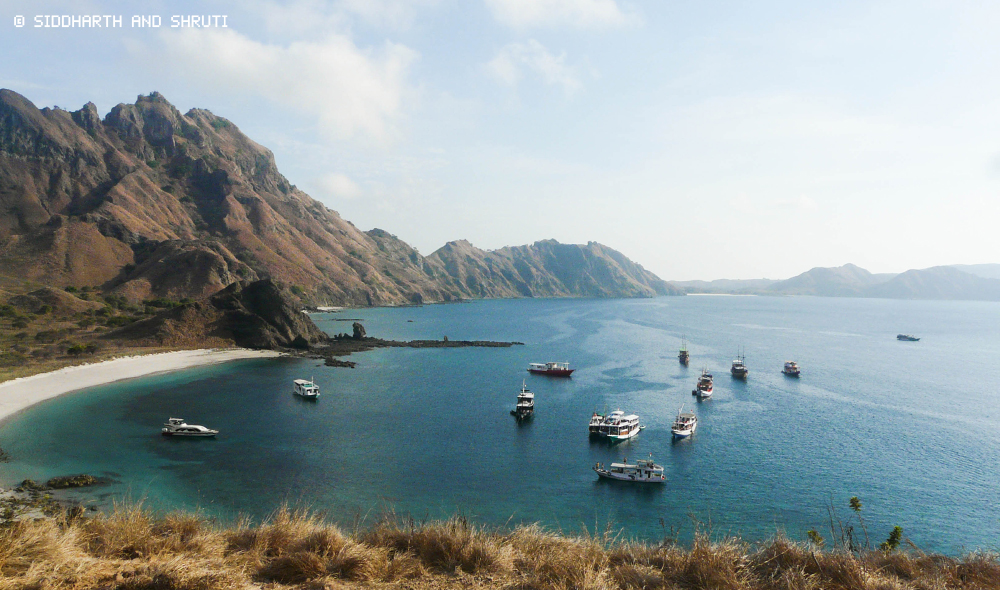 Both these islands, though known for the dragons have much more to offer. The landscapes are breathtaking. There are various trails and hikes around the islands. The beaches here are pretty unique. The red coral fragments lend the colour to the sand due to which it is pink! If you haven’t read our September favourites post already, you can hop over and read about us raving about Komodo.

Our plan was to stay in Labuan Bajo and do a one day trip to either Komodo or Rinca. We wish we had more time (don’t we always?) to explore both. But unfortunately we had to pick one over the other. 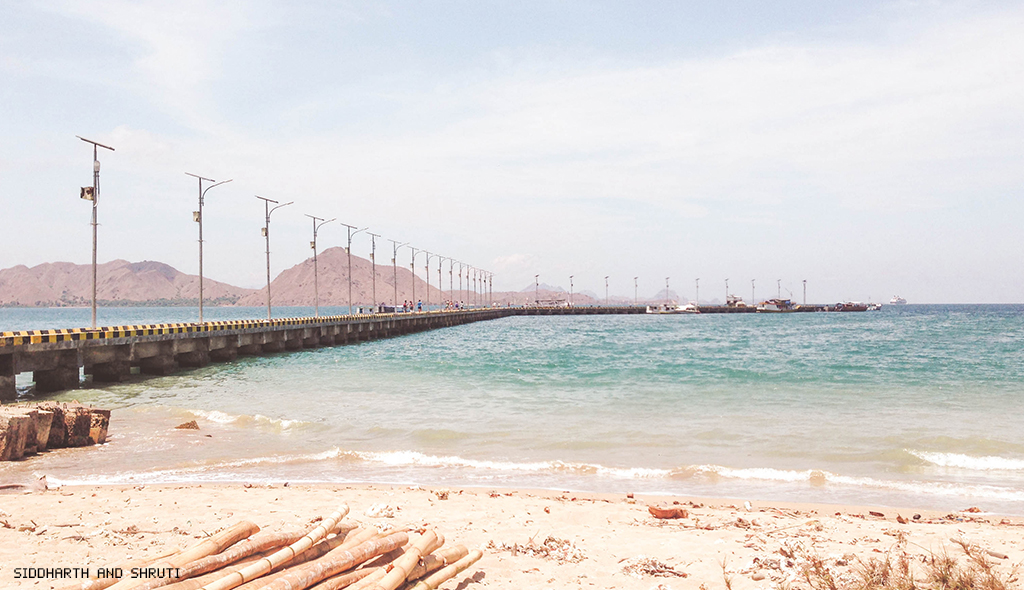 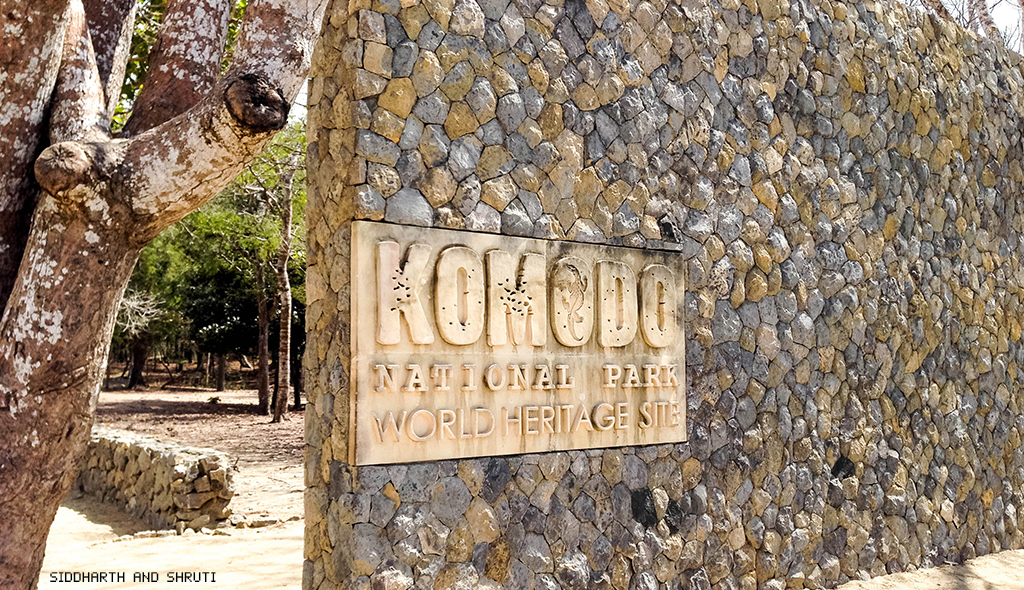 Since Rinca is closer to Labuan Bajo than Komodo, tours to Rinca are cheaper and you have an option of going for a half day one. The dragons on Rinca are said to be a bit smaller than the ones on Komodo. Since it was our anniversary trip, we decided to splurge and go on to Komodo, opting for a full day boat trip.

Komodo National Park is located between Flores and Sumbawa Islands encompassing three major islands called Komodo, Rinca and Padar and a bunch of other smaller ones. They are all of volcanic origin. It was declared as a  UNESCO World Heritage Site. The terrain is hot and dry with savannah vegetation. There are four trails inside the Komodo National Park, each of varying lengths. The longest one has the highest chances of spotting Komodos. They are more likely to be spotted at the water hole and the dragons nest. We did spot them at both. 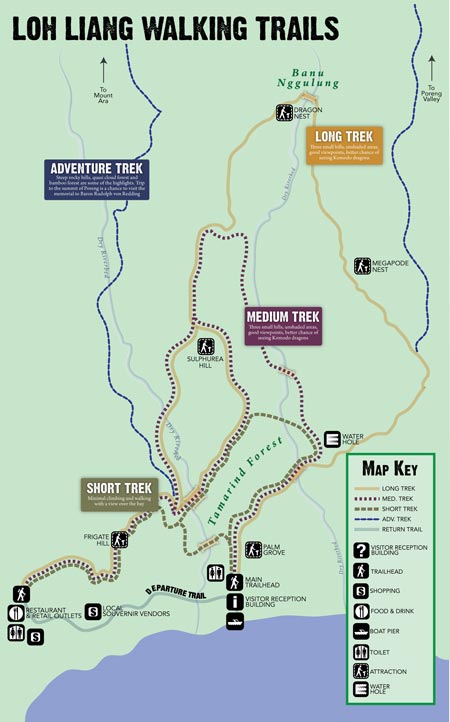 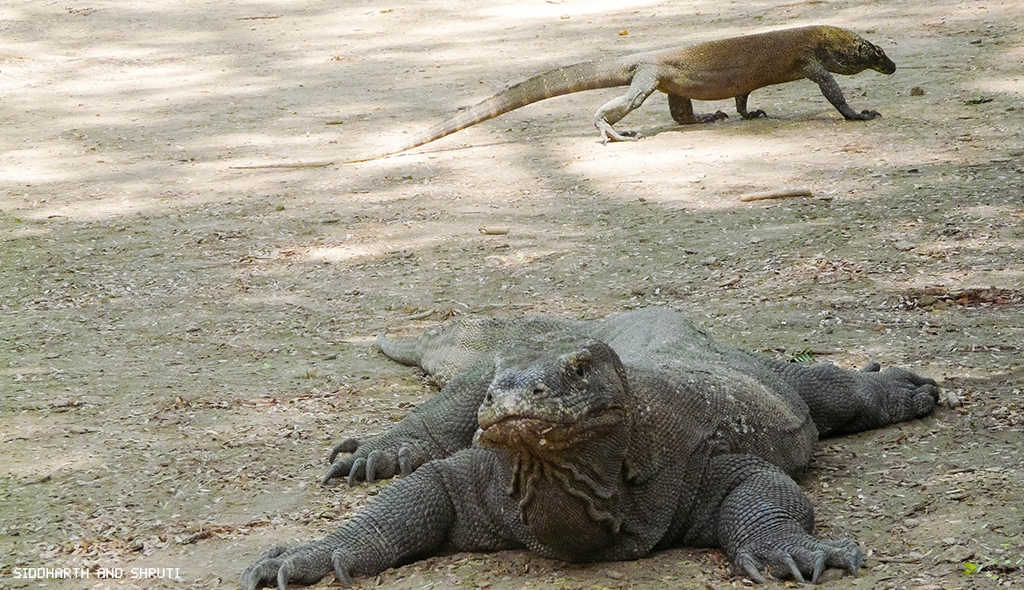 Tips for planning at trip to see the Komodo dragon: 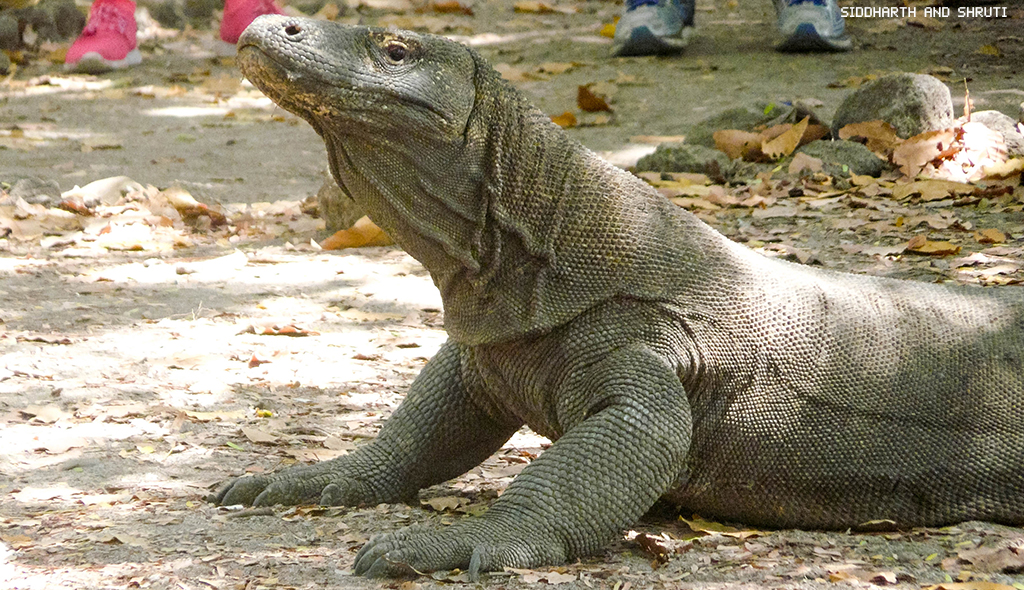 We think that a disclaimer here is necessary to prepare you for what you might see. These creatures are not as aggressive as the ones in wild, since they do see visitors on a daily basis.This does disappoint some who think that they are going to encounter a wild Komodo in their natural habitat. There has been a situation or two where the dragon attacked, so do not provoke a wild beast however tame it may appear.

Have you been to Komodo or Rinca? or both? Is it on your bucket list? Or something you would never do! Let us know in the comments below. 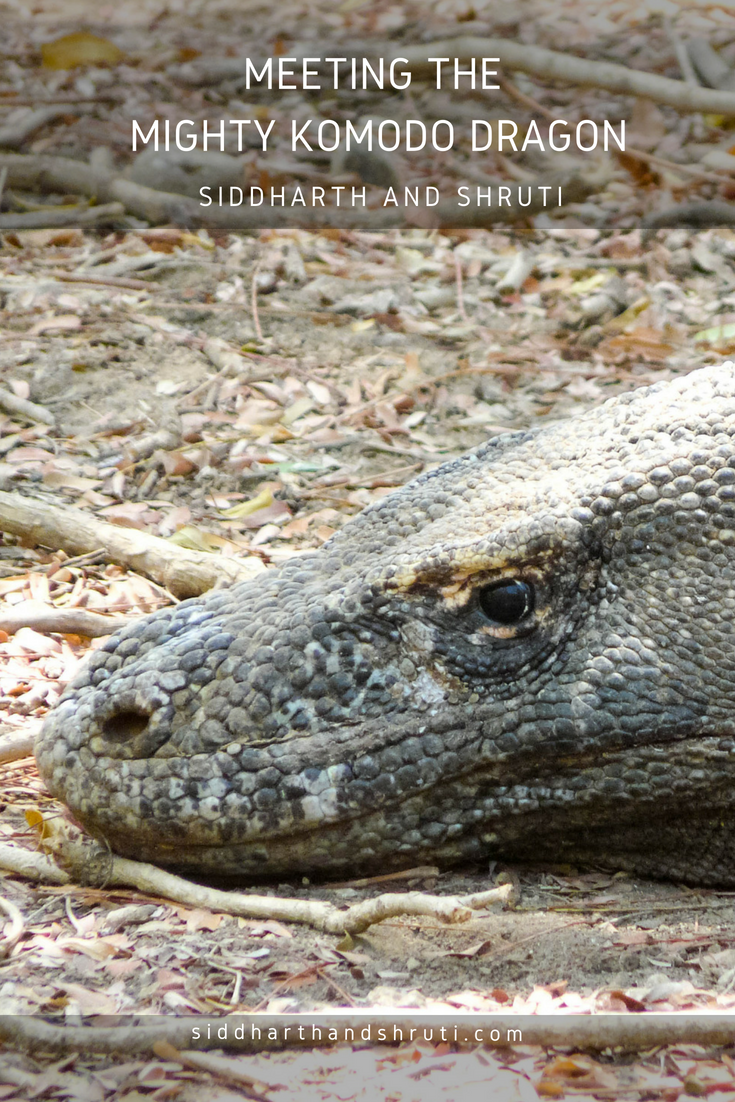