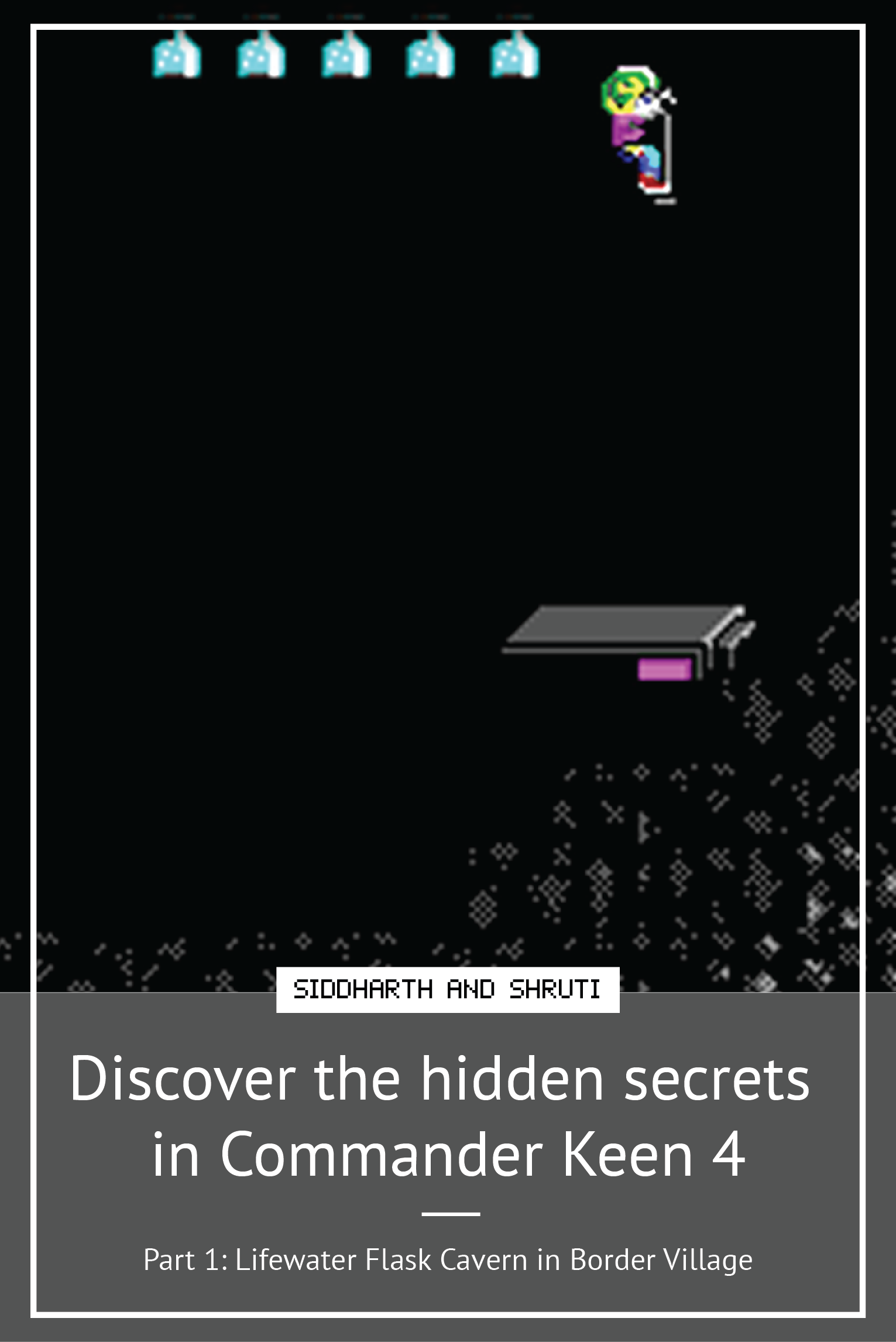 Keen 4: Secrets of the Oracle is the 4th installment in the classic Commander Keen game series. The game is a DOS-based side-scrolling platform adventure which was first released in 1991. Despite its age, the game is still tremendous fun to play.

This series will focus on secret places & hidden items in various levels of the game. Each post will feature a secret from one specific level and contain screenshots and videos on how to unlock these. Hope you enjoy!

The game can be freely downloaded from the DOS Games Archive website. However, since modern versions of Windows no longer support DOS environments, you will need an emulator like DOSBox to run this game. Our friends over at How-To-Geek have published an excellent article on how to install & configure DOSBox which you can find here.

Now that you’ve hopefully got the game up and running, let’s dive right into our first secret: the Lifewater Flask Cavern in Border Village.

The hidden cavern contains 7 lifewater flasks; each of which grant Keen an extra life. To reach it, you need to first head into the underground cavern in Border Village. In the centre of the underground cavern is an opening where there are two Poison Pools. Stand next to the Poison Pool on the left side (near the flaming torch). Use the pogo stick to jump in place and grab onto an invisible ledge directly above you (see image below). 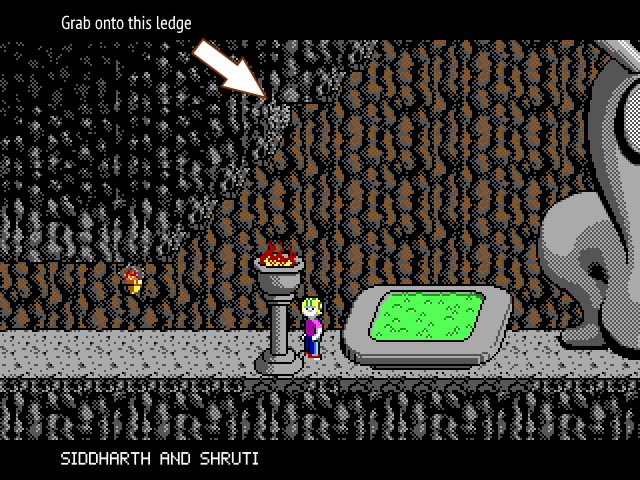 If you do it correctly, you will enter an open cavern where there is a floating platform and 7 lifewater flasks above your head. Reach the flasks using your pogo stick and the platform as a boost. However, be careful not to stand on the platform for too long. If you do, it will fall out of the cavern leaving you with no way to reach all 7 flasks. Once you’ve picked up all the lifewater flasks, exit by the door at the top right. This will automatically end the level.

Also, it’s important to remember that once you enter this secret cavern, you cannot return to the rest of the map. So if you want to collect all the items and power-ups in the map, you must do it before attempting to reach the lifewater flask cavern.

Note: If you’re playing the game in Hard mode, you’ll find that you can’t reach the ledge just by using a normal pogo jump. In this case, you need to use what is called the Impossible Pogo Trick. Using this technique makes you jump just a tiny bit higher which will allow you to reach the ledge. It takes a bit of practice to get the timing of the keystrokes right but it’s well worth it; especially if you plan to play the game in Hard mode. I suggest practicing it outside the underground cavern though because it’s quite possible that you may end up killing yourself by falling into the nearby Poison Pool.