Uganda was not just a travel destination for us, and that is a blurt out. We lived in Uganda as expatiates for almost 3 years, but our passion for travel inspired us to explore the country extensively. Most weekends were eventful while our weekdays we spend for planning the next trip. On one afternoon, while I was busy completing my official report for the month, a friend walked in and suggested a destination which was just over 40 kilometres from Kampala – Mpanga Forest. Forests and wildlife always thrilled me, especially after exploring Murchison Falls National Park in Uganda. When surfed on the Internet, we could find Mpanga, a reserved forest in Uganda, special for red-tailed monkeys and black-and-white colobus monkeys. We did not think twice but decided to hit the road.

Otherwise cramped roads of Kampala were calm and cool on the Sunday morning with a few pedestrians on their way to church. We drove towards west and picked the Northern Bypass to head further south-west. As we entered Masaka road from the Northern Bypass, the landscape flourished with natural vegetation and green farmlands. Weather was mild and the sun was pretty shy behind the clouds. Slopes and levels, bends and straights, the road took us through the eastern edge of Uganda, so close to the renowned Lake Victoria.

The gates were shut but opened for us to enter and park our car in a designated parking lot. We stepped out to a naturally grown lawn and walked into the ticket counter that was built in the middle of a clump. The friendly staff at the counter of Mpanga forest offered a smile and his children peeped out to enjoy the conducts of Indian origins. We bought the entry tickets and picked the longest trail – the base trail. We could have gone for hornbill trail or butterfly trail, but we wanted to enjoy longer and see the other rim of the forest where a giant fig tree earned its fame on the Internet. 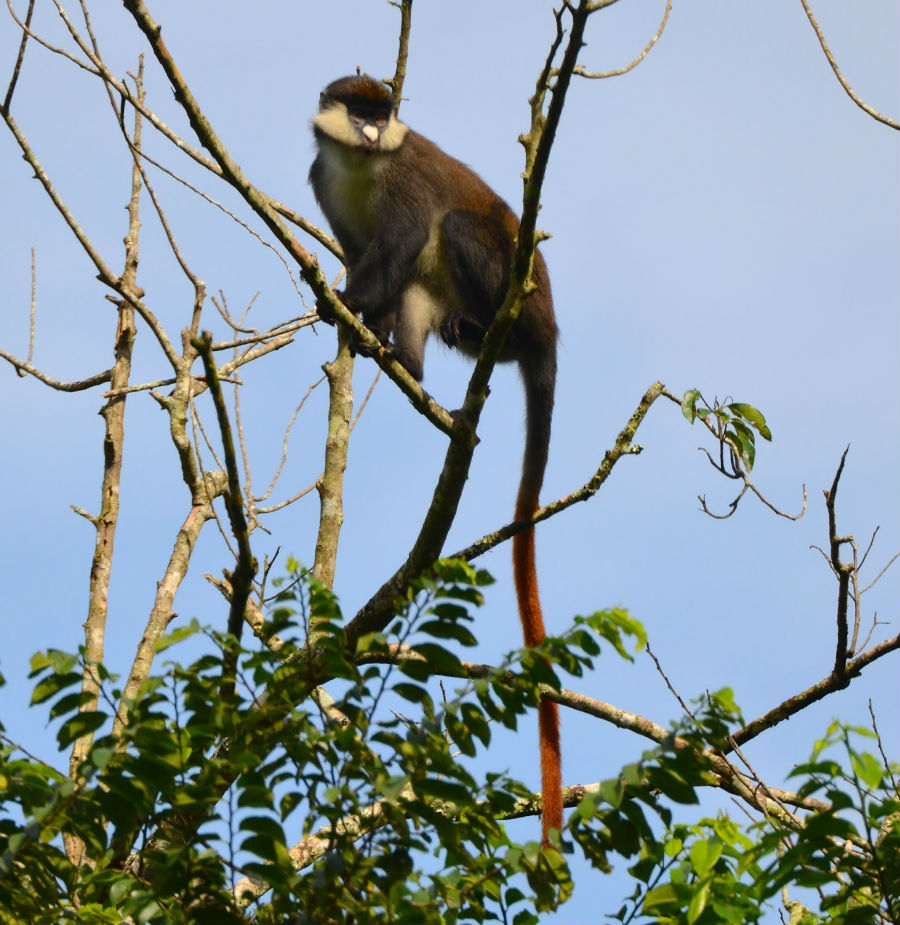 Before even we hit the mud trail, a troupe of playful red-tailed monkeys entertained us. They screamed and jumped high on the tallest branches of some unknown trees around the entrance of Mpanga forest. Bushes and grasses that fall onto the trail gave it a feel of organic forest and we walked ahead. Hornbills and butterflies were many even on the baseline trail, and we could imagine the population of these species on paths devoted specifically for them. 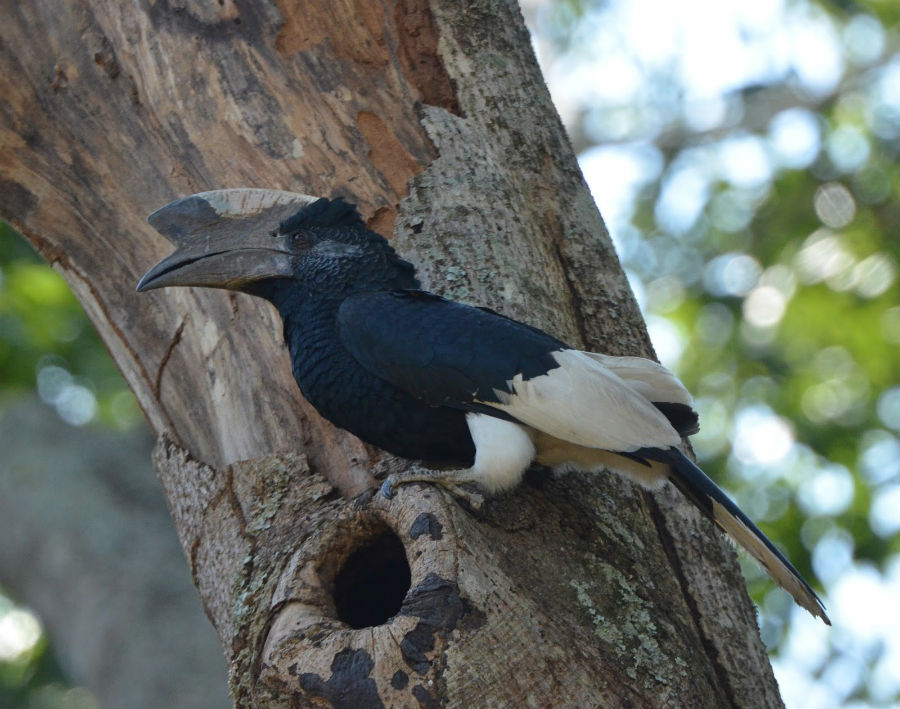 Suddenly the youngest in our team stopped and screamed out, “Jey uncle, see these monster ants.” I looked down to the ground. There was a trench created by a large gang of giant-sized ants. It was a group of extremely dangerous Safari Ants. Not only that the safari ants are huge in size, but also they are extremely dangerous. They can even kill an elephant. Carefully watching, we saw the servants and the soldiers in their group. The soldiers guarded the gang while the servants carried food grains. 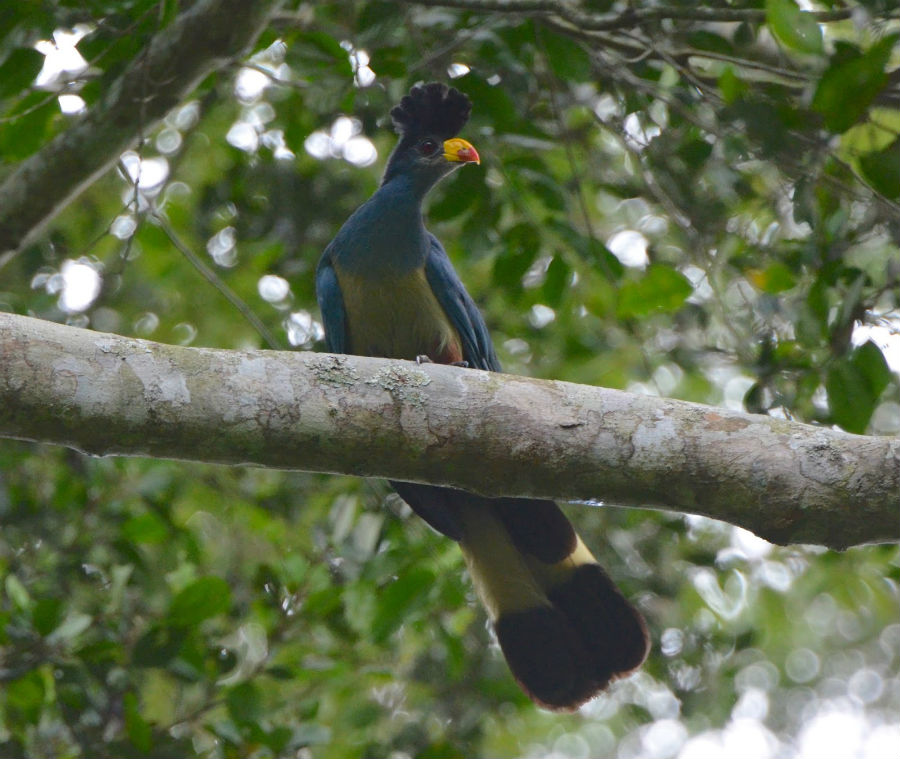 [bctt tweet=”Not only that the safari ants are huge in size, but also they are extremely dangerous!” username=”SiddharthShruti”]

We continued our stroll through the tall trees until we reached the end where a tall and broad fig tree stood stout among the rest. The smell of decaying fig fruits attracted flies and mosquitos. A running stream giggled and whispered the story of Mpanga. We continued a few more steps after the giant tree to conclude our exploration on the edge of a swamp. After wandering around for some time, we returned to the entrance but enjoyed aged-appearance of a few black-and-white colobus monkeys on our way back. 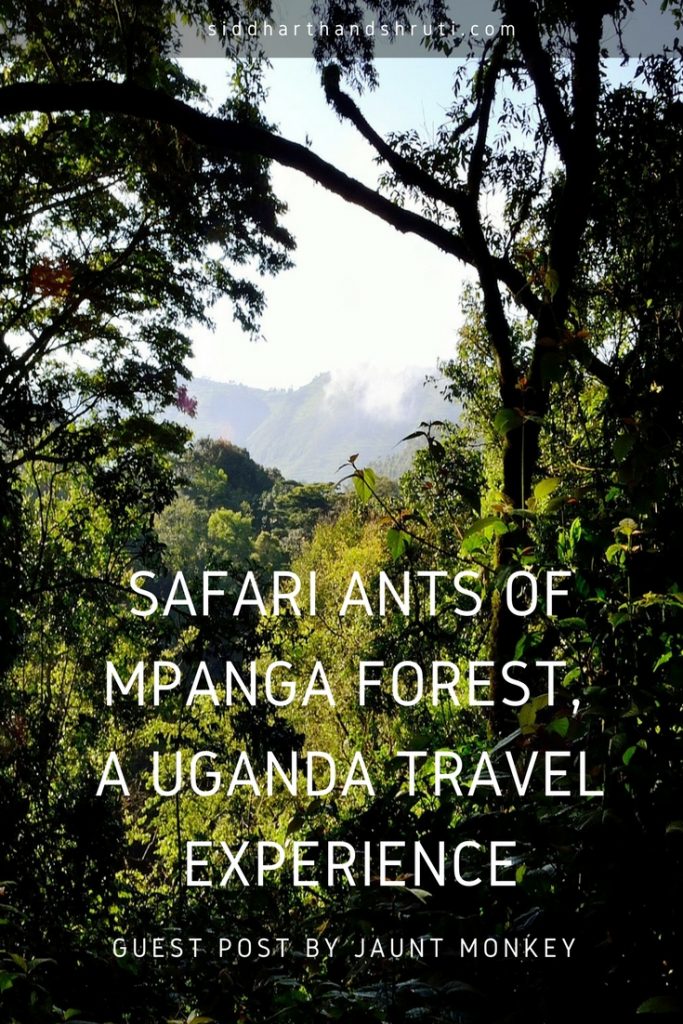 E Jey is a passionate traveller who has helped a friend to elope while he was in Somalia, lived in a cubicle for over 7 months in Eritrea, and trekked Tossa Mountain in Ethiopia with his 3 months old baby. Jaunt Monkey is his travel blog with travel and food stories.