Siddharth and Shruti » Destinations » Oceania » Australia » Things to do in Melbourne

Affectionately dubbed “Marvellous Melbourne” during the 1850s gold rush, the name is still used to refer to the second largest city in Australia today. The city is a modern metropolis steeped in rich history. While European settlements officially started in 1835, the discovery of gold in 1851 resulted in a population boom with thousands of prospectors settling in Melbourne. The vast wealth generated from the goldmines was used to construct majestic buildings throughout the city. Most of those buildings are still in use today, and Melbourne is thought to have the highest number of instances of Victorian architecture in Australia.

Today, Melbourne is considered to be a “city for all seasons” with grand, tree-lined streets, hidden laneways, acres of parklands and city gardens surrounding the Central Business district making it one of the best beautiful places in the world. Melbourne is elegant, vibrant and multicultural.

Top things to do in Melbourne

The city of Melbourne is undoubtedly, its own greatest attraction. Whether you opt to do it on foot, by bus or bike, exploring the city is an absolute must. Filled with hidden shops, quirky alley ways, indie theaters and art galleries, it certainly deserves its reputation as Australia’s culture capital. 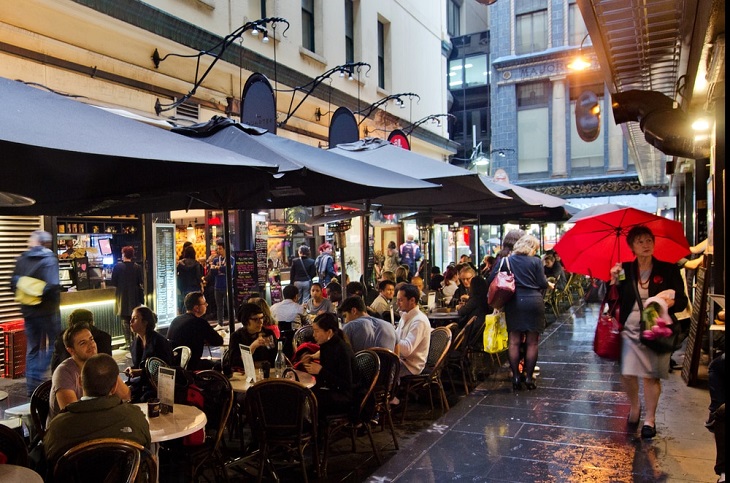 The city’s artistic side is perhaps its standout feature and you can easily tell this regardless of what part of the city you are in. A stroll through Melbourne will take you through beautiful arcades and lanes that add charm to the entire experience. For those celebrating a special occasion, touring the city in an antique Victorian horse drawn carriage will put the sights in an entirely new perspective. All through the city, you will see these carriages and their huge Clydesdale horses escorting couples and other travelers past the city’s various highlights at a relaxed pace. 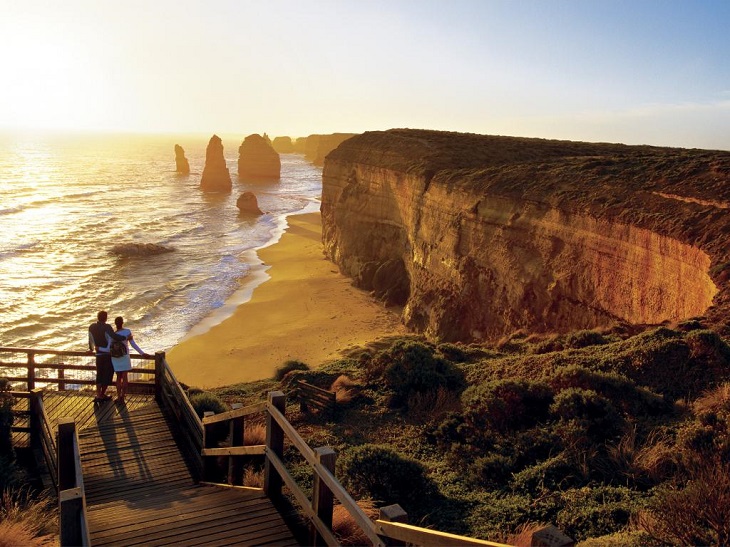 Located at the Great Ocean Road, the Twelve Apostles are a group of majestic giant rocks that are the central feature at the rugged Port Campbell National Park. The rocks outcrops were created by constant erosion of the sea-facing limestone cliffs that started more than 10 million years ago. The blasting winds and stormy Southern Ocean gradually eroded the soft limestone, resulting in the formation of numerous caves within the cliffs. Sunrise and sunset offer particularly impressive views of the Twelve Apostles as they change their appearance from dark and foreboding while shadowed to brilliant sandy yellow under full sun. 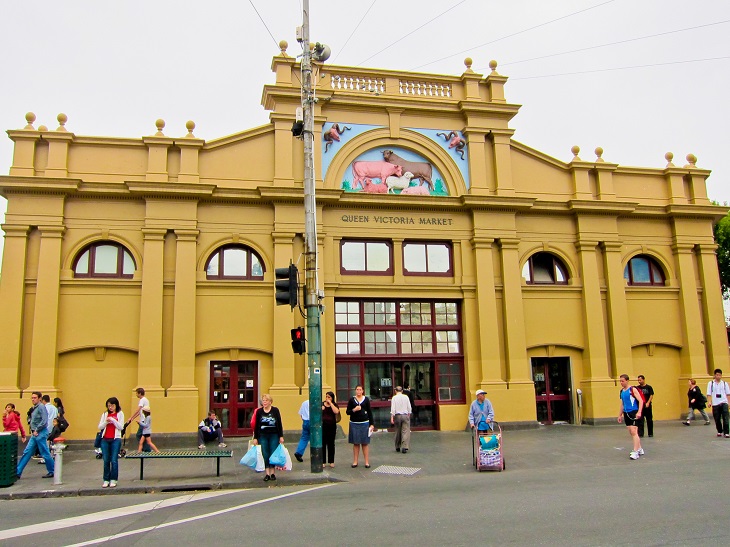 Tourists and locals with a need for knick-knacks will be in their element at the Queen Victoria Market. It is a bustling outdoor hub where you can find any item, souvenir and meal to suit just about any taste. At this market, the vibrant mix of ethnicities and cultures in the city of Melbourne is distinct, as evidenced by the variety of foodstuff and souvenirs on offer. It is a great place to grab some lunch or breakfast, and you will easily find a meal from some far-of country at a very reasonable price. Definitely makes for a nice change for the typical “dine-in café” experience that most Melburnians are used to. 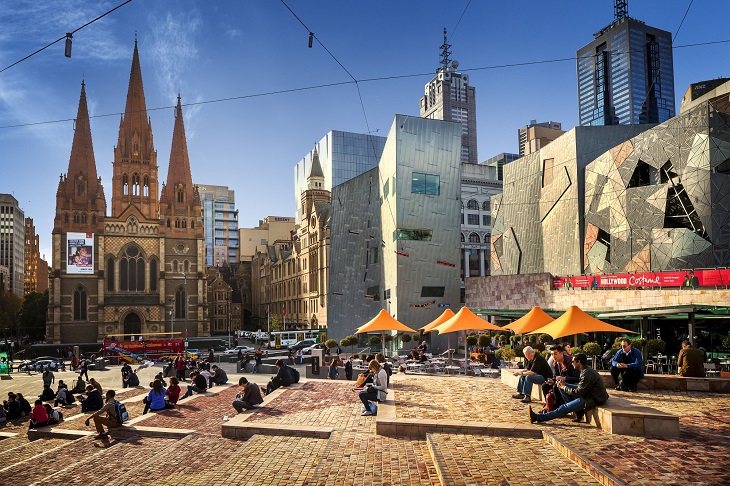 Federation Square was opened in 2002 to commemorate Australia’s 100 years of federation and although some Melburnians hated it, it has become an integral part of the city and a popular place for tourists to begin their sight-seeing tours. The open and closed spaces have an ultra-modern design that juxtaposes the nearby Victorian-style architectural buildings. Over 2,000 events are hosted at Federation Square annually, so that tourists and locals will always find entertainment spots in both the central outdoor performance spaces and the intimate indoor venues. Most notably Federation Square houses the Ian Potter Art Gallery as well as the Australian Center for the Moving Image. 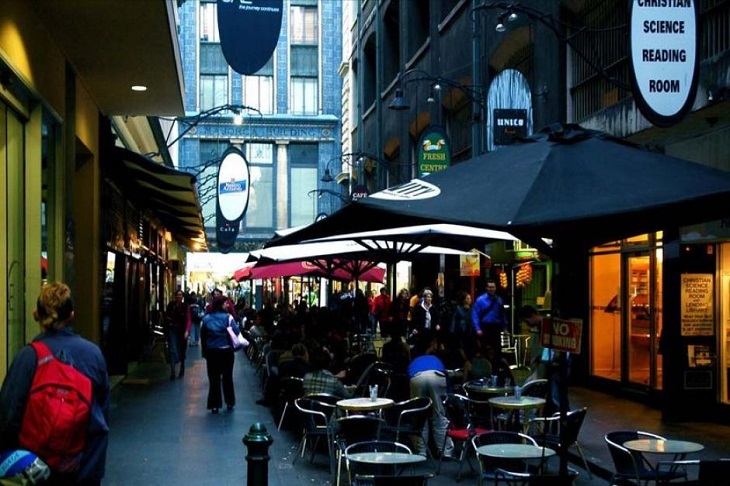 Considered the coffee capital of Australia, Melbourne’s cobble-stoned lane ways are constantly filled with the aroma of espresso coming from a myriad of cafes. No trip to Melbourne would be complete without a visit to the cafes to enjoy the unique coffee. The coffee culture in Melbourne is long and rich; stretching back to the days of Victorian era coffee palaces and further fuelled by the arrival of Italian migrants who arrived after the second world war. Australians remain fiercely independent when it comes to their java and Melbourne residents even more so.

This 100,000 capacity cricket ground has a history dating back to 1854. As the main attraction for both the 1956 Olympic games and the 2006 common wealth games, the birthplace of Test Cricket and the home ground for the Australian Rules Football, the affectionately called “G” is inextricably woven into the social fabric of Melbourne, Australia’s sporting capital. 75 minute tours are allowed daily to take interested visitors down memory lane of the great sporting moments associated with the stadium and include a trip through the Olympic Museum and the Australian Gallery of Sport. The Melbourne Park, which hosts the Australian Open, is located directly opposite the stadium. Visitors can hire a tennis court for a round of recreation. 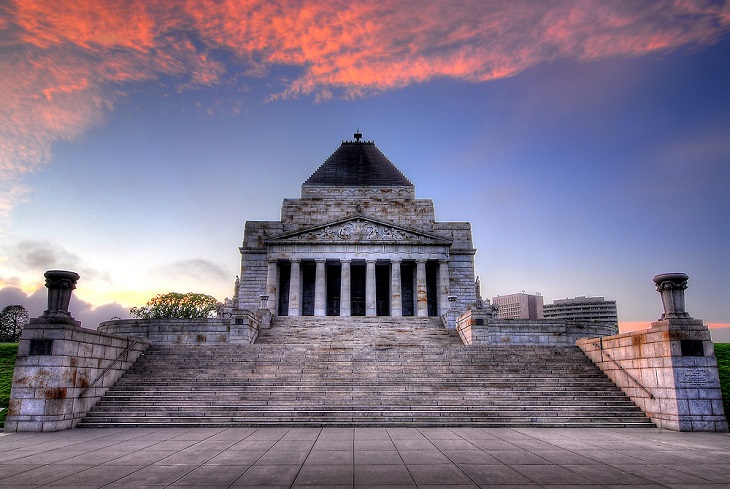 Located in the King’s Domain gardens, this shrine was constructed after the First World War to commemorate Victorians involved in the war effort, either at home or abroad. Today, the Shrine of Remembrance serves as a poignant reminder of all soldiers and is the central focus for all ceremonies on Remembrance Day, held on November 11 an ANZAC Day, held on April 25 each year, both self-guided and guided tours are available daily and the lighting within the building is particularly memorable at night. 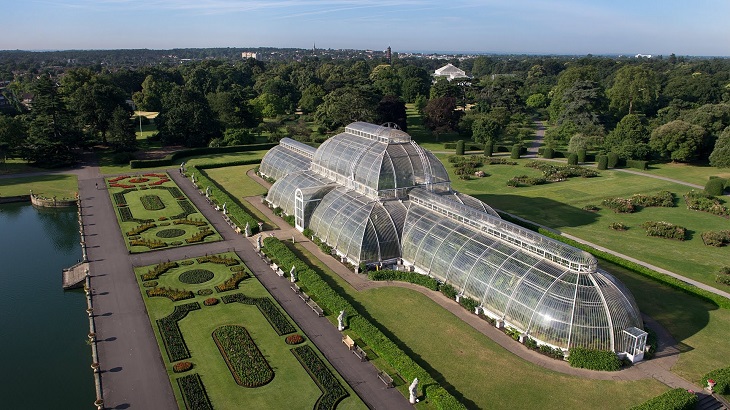 These gardens are located at the heart of the green parkland extending south of the Yarra River, a short distance from the CBD. Since being established in 1845, these gardens are widely rated among the finest in the world and are a top tourist attraction. The Royal Botanic Gardens cover more than 40 hectares and are home to over 50,000 plants, including numerous rare species. More than 1.5 million people visit every year, with the Aboriginal Heritage Walk being the most popular. For summer, the garden’s highlight is a live theater and a moonlight cinema is often set up under the stars. 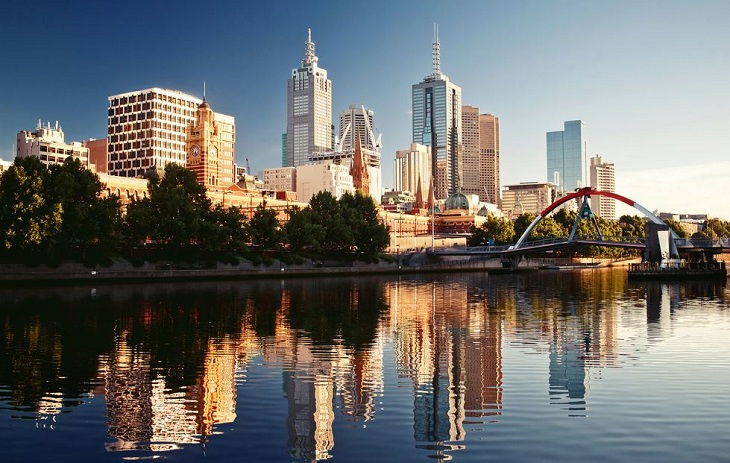 A river boat cruise is the perfect way to not only see the sights, but also get an insight into the history of the Yarra River. Numerous cruise companies are located along the South bank and will take you to places such as Birraung, a misty parkland celebrating the Aboriginal ties with the river. Another popular cruise takes you through the historic Williamstown where you can spend time exploring the quaint seaside port.

Thank you for writing this lovely post for us, Lily xx If you want to guest post for us, check this page out.

Lily Evans is the founder of SkyWeFly where she shares pieces of travel advice, as well as handy tips and tricks, which she has accumulated over years of traveling and exploring the world.