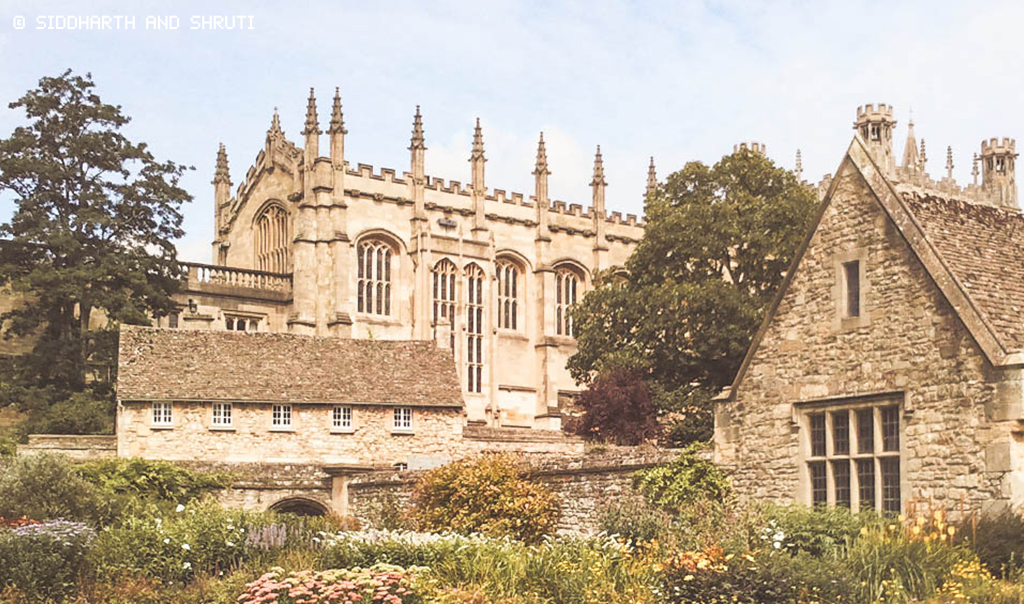 The university town of Oxford is truly a sight for sore eyes, with architecture dating all the way back to the late Saxon period. Oxford was initially named “Oxenaforda” meaning “Ford of the Oxen”; the river crossing for oxen around 900 AD. The University of Oxford for which this beautiful city is known, is first mentioned in records from the 12th century. The medieval architecture in Oxford magically transports you to a different era altogether. More specifically, if you are a nerd like us, to the Harry Potter movies! 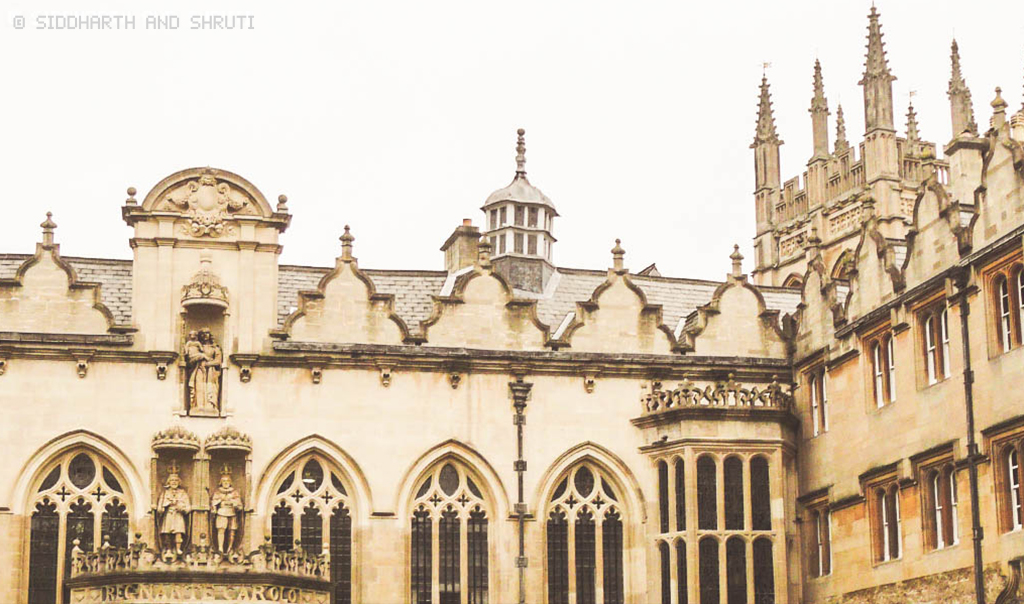 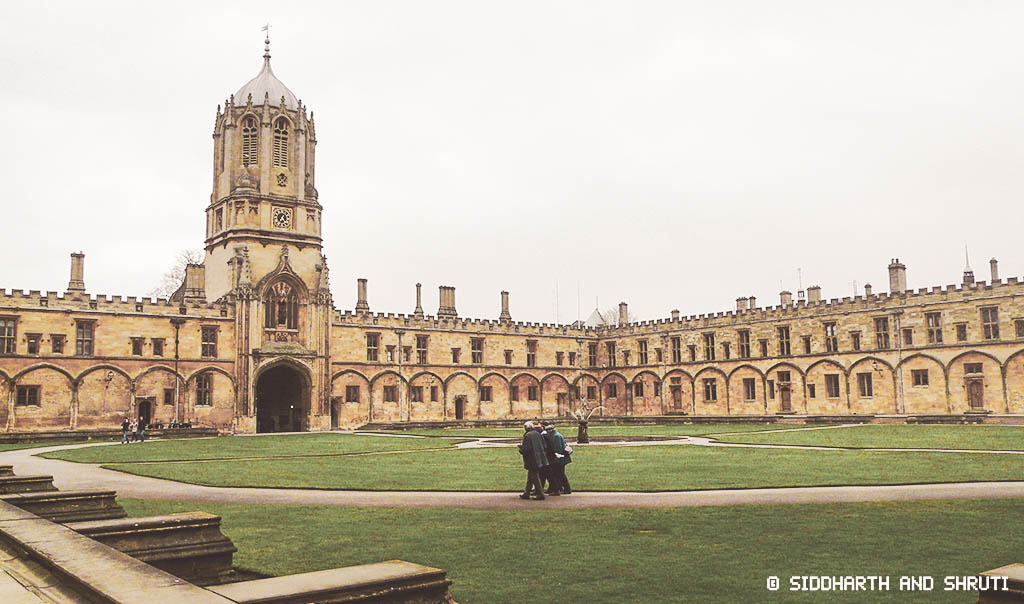 Start your walk at Christ Church College which is a constituent of the University of Oxford. It was founded in 1546 by  King Henry VIII and is spread across 175 acres. The Cathedral, the Tom Tower, Canterbury Quadrangle, Christ Church Library are some of the important buildings an architecture lover should visit. This legendary space is a beauty to walk through, but that’s not what this post is about. We are talking about a DIY Harry Potter tour here, let’s move on to the magical bits! Got your wand out? Good, let’s proceed. 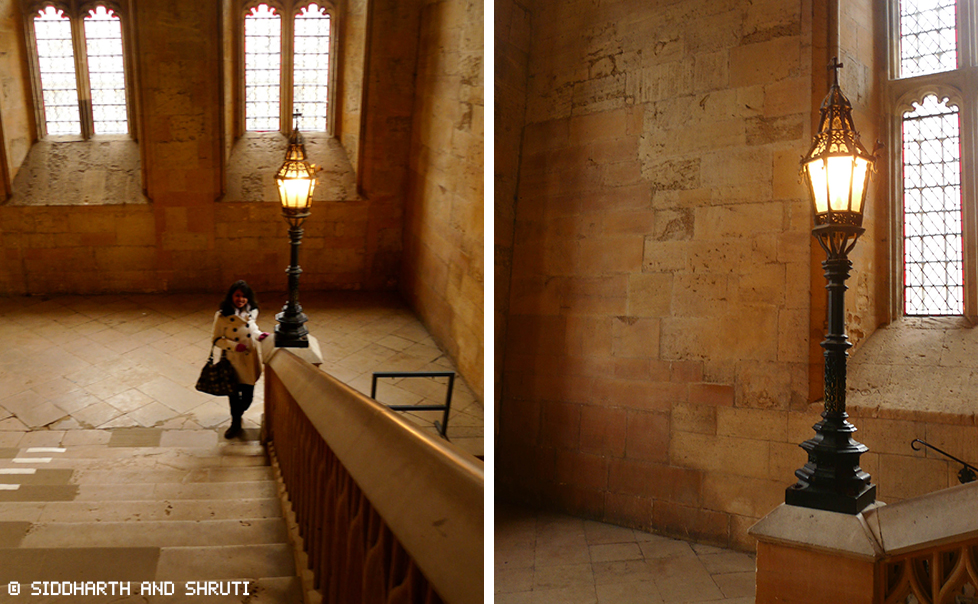 When the first years arrive at Hogwarts in the Philosopher’s Stone, they meet Professor McGonagall on this staircase and are taken to the sorting ceremony. The stairs also feature in a scene from The Chamber of Secrets where Harry meets Tom Riddle through the diary. Along with the Gothic style architecture, do remember to take notice of the dramatic fanned vaulted ceiling. 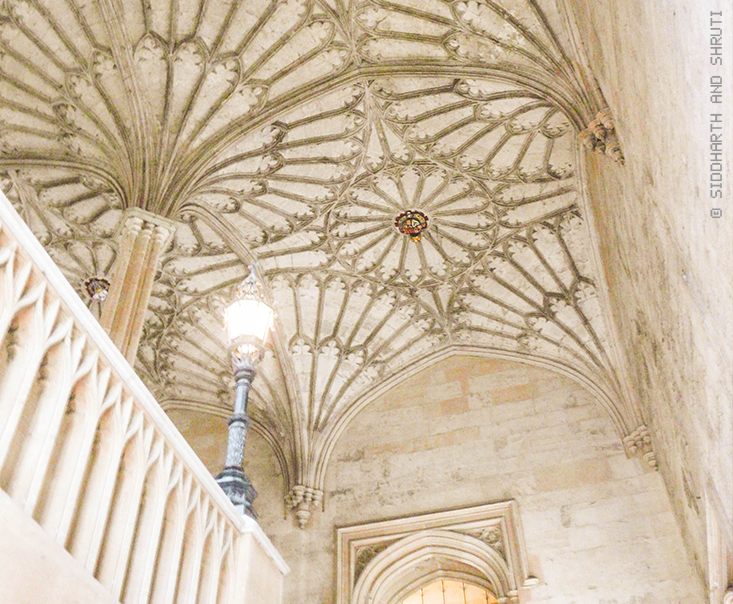 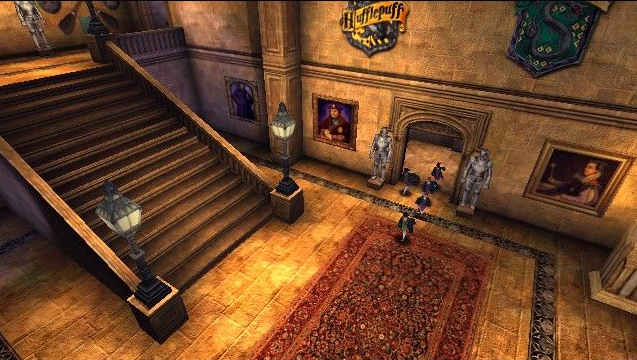 On a side note, did anyone play the first Harry Potter game from MobyGames? You can spot the stairs in the game as well.

While walking in Harry Potter’s footsteps is exciting, this location is a bit of a cop-out. Inspired by this lovely Renaissance dining hall, the producers made a replica for the movies. Given the space restriction for shooting, you can imagine why they chose to replicate rather than use the hall as is. Note that visitors are not allowed to sit on the chairs but it is used as a functional dining hall. It is closed during lunch hour from 11.45 am to 2.00 pm. If only the portraits on the walls could talk! They would have so many stories to tell. 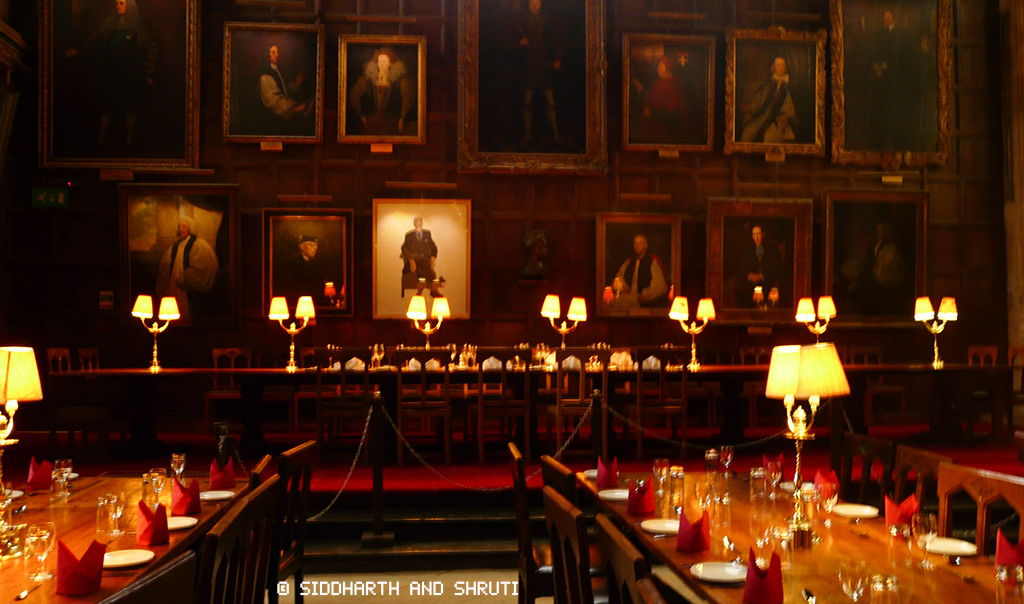 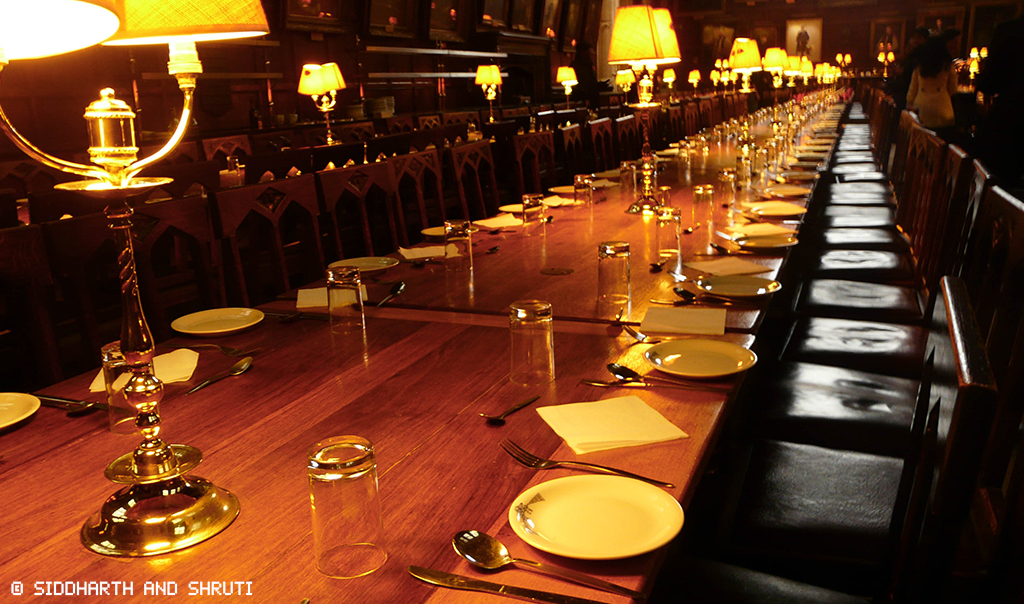 You’ve gotta laugh when Professor Moody a.k.a. Barty Crouch junior turns Draco Malfoy into a ferret. The giant oak tree (which is almost 200 years old btw) where Malfoy is sitting lies in the cloisters at New College, Oxford. Just like Christ Church, New College is also a constituent in the University of Oxford. The entrance to the cloisters is on New College Lane.

The other scene that was shot here was when Harry and Cedric talk during The Goblet of Fire. Potter Stinks! (Well, not really, but maybe to the Hufflepuffs he does.) 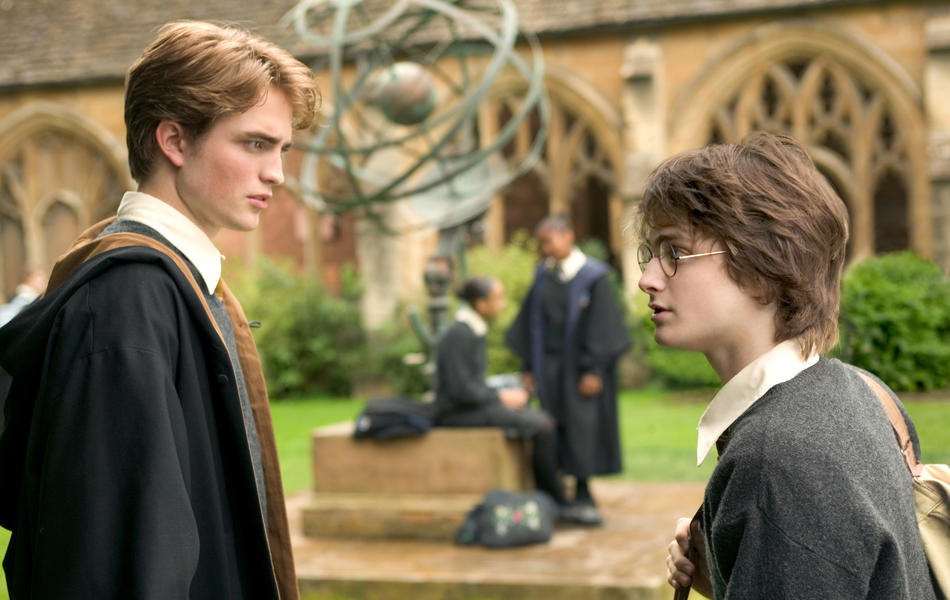 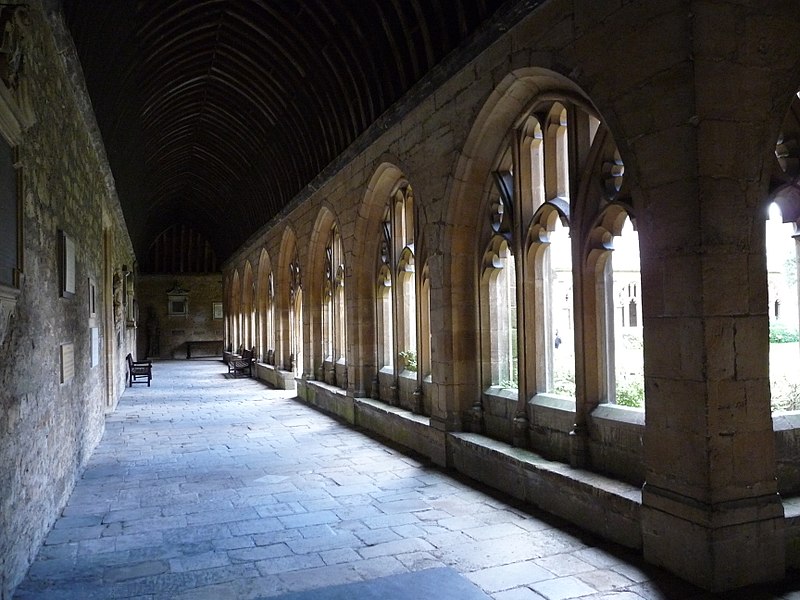 Remember that night when Harry sneaked out into the Hogwarts library hidden beneath his invisibility cloak trying to look for a book in the Restricted Section? That’s Duke Humfrey’s gorgeous library. For any book lover, libraries are a magical place. It feels like when Belle enters the Beast’s library or when Samwell Tarly enters the Citadel. Duke Humfrey’s library is also the oldest reading room in the Bodleian Library. If you look up at the ceiling, you will see panels painted with the arms of The University of Oxford. 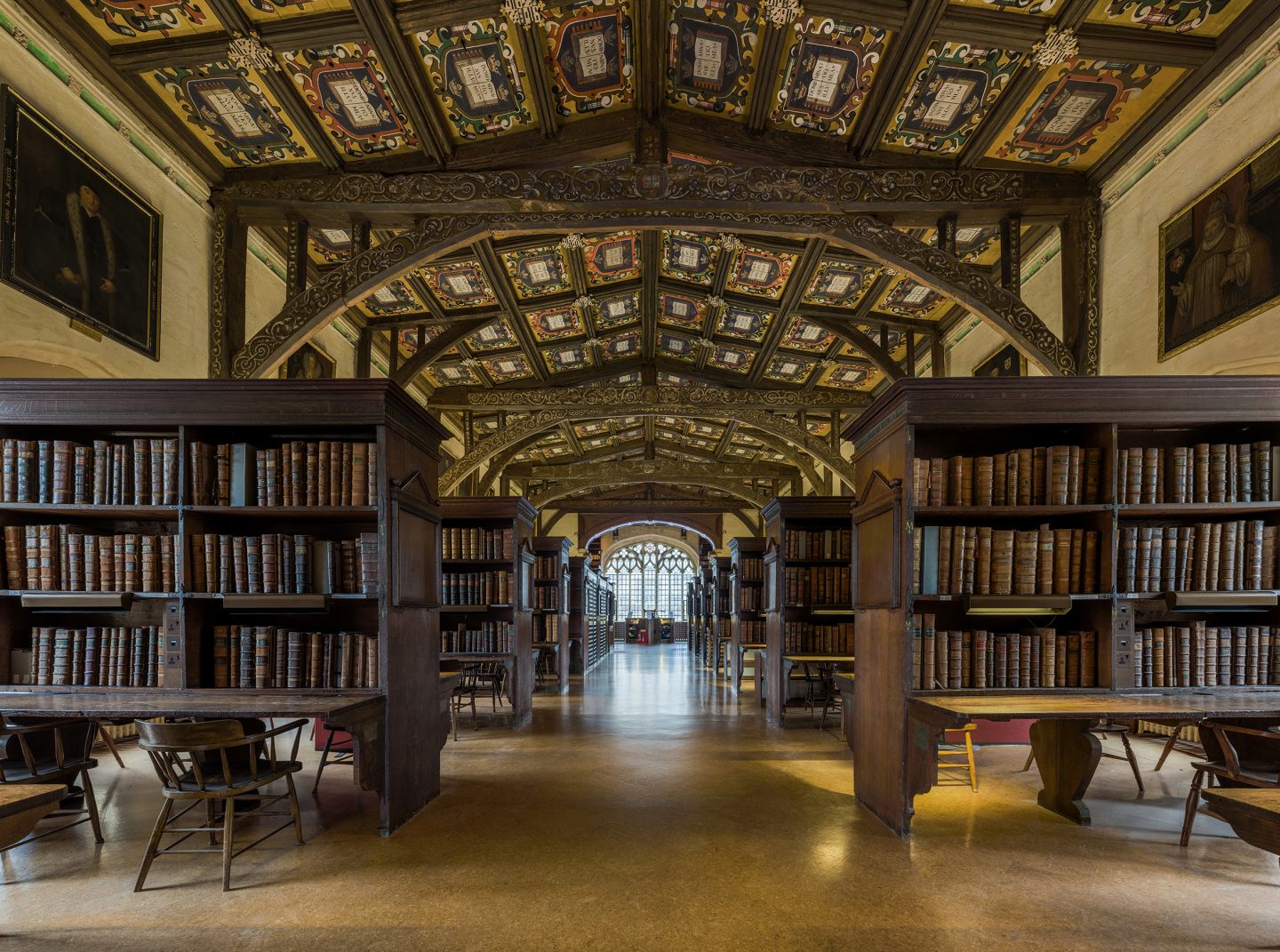 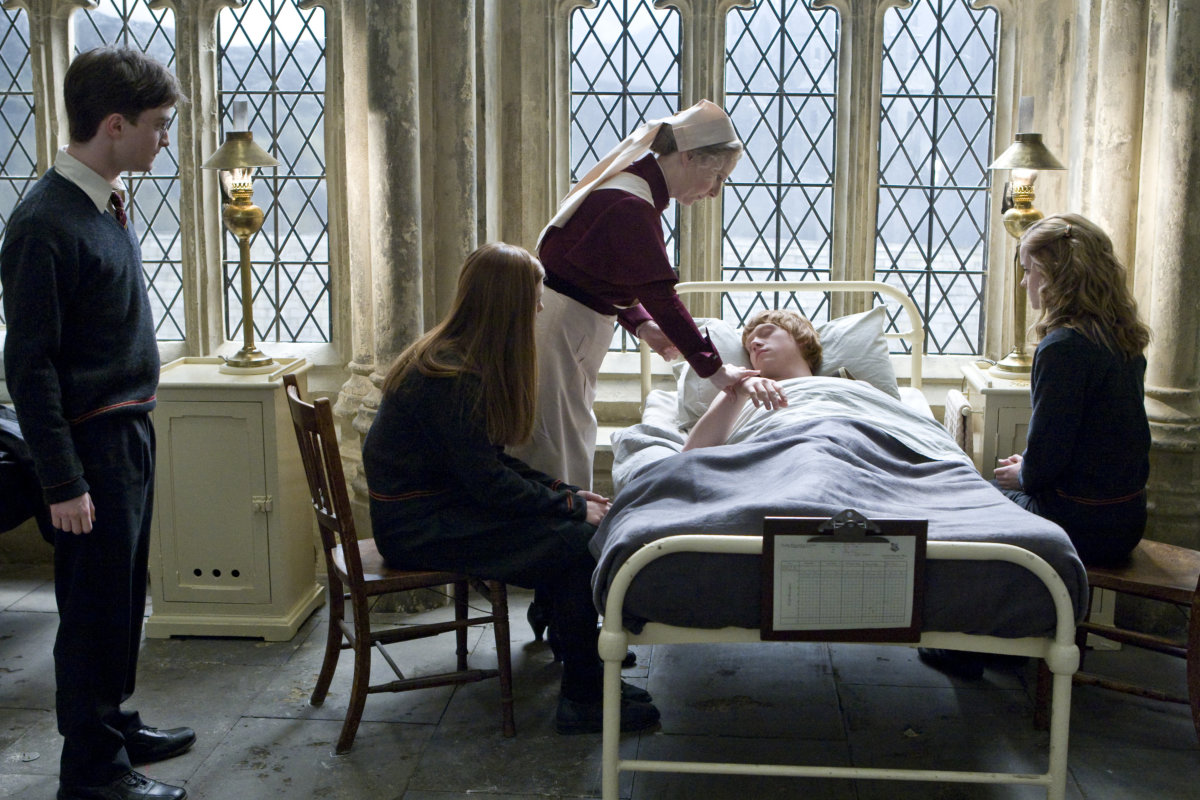 Hope you aren’t feeling sick. If you are you’ve gotta go visit Madame Pomfrey at the Hogwarts infirmary which is the Divinity School at the Bodleian Library. The ceiling is an intricate piece of work designed William Orchard. It is built in a Perpendicular style between 1427 and 1483. 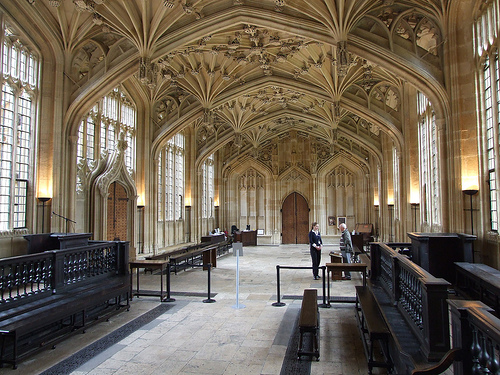 After you are done with this DIY walk, you can treat yourself to a drink or two in The Turf Tavern, a historical pub dating back to 1381. Although they don’t serve butterbeer (what a bummer!) you can choose from a wide variety of ales and beers. This pub is tucked away from the main street. The easiest way to find it is to reach Bath Place, small cobbled lane and find the Turf Tavern nearby.

Other lovely places to visit for nerdspiration in this vicinity are: 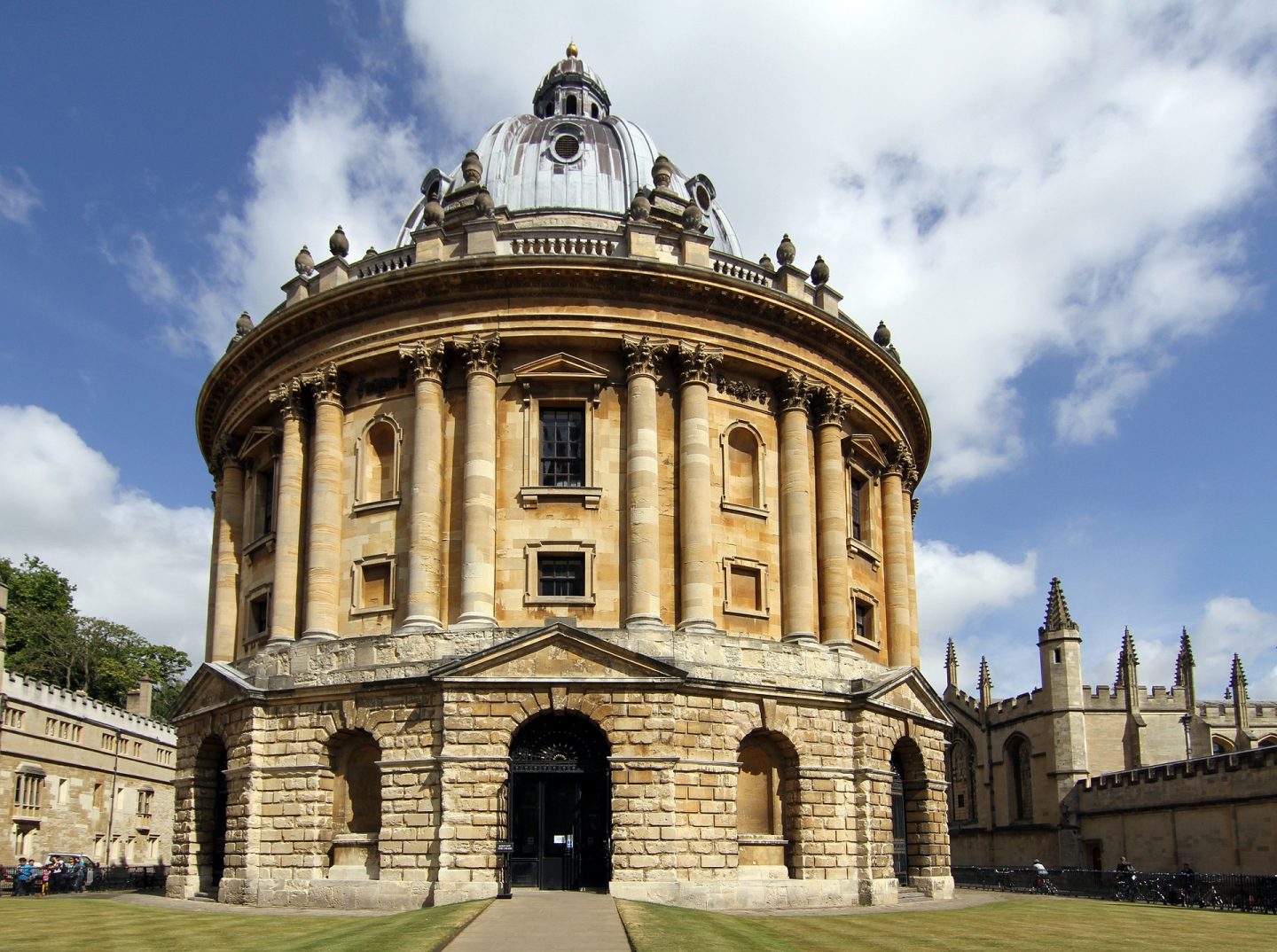 Radcliffe Camera is one of the most recognizable structures in Oxford. This iconic circular dome structure was funded by Dr. John Radcliffe and is not open to the public. Although the first thought in our mind was Daniel Radcliffe, this building has nothing to do with Harry Potter or the actor. However writer J. R. R Tolkien claimed that it was the inspiration for the tower of Sauron. 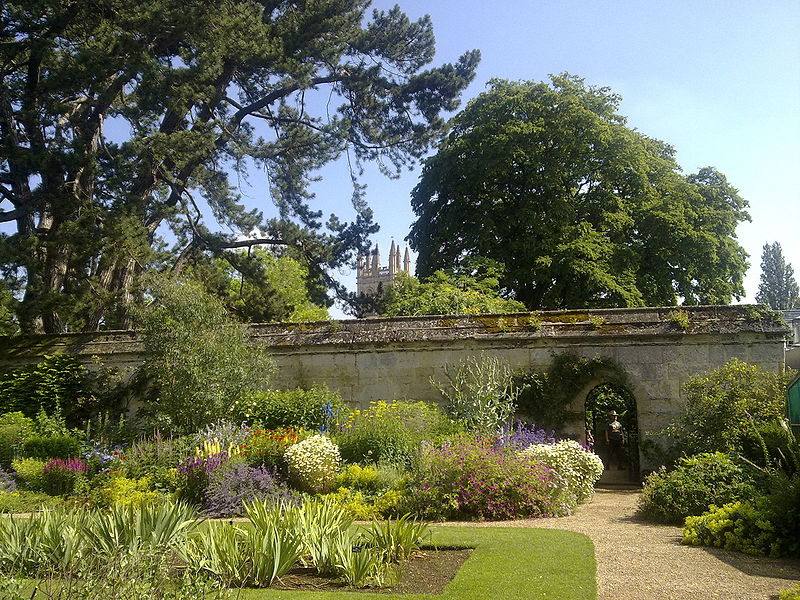 Are you an Alice in Wonderland fan? You might want to pay a visit to the botanical garden in Oxford which is one of the oldest gardens in the UK. It was the inspiration for the scene where the Queen of Hearts’ servants are painting the roses red.

If you have half a day to spare and are a Harry Potter nerd, there’s no real reason to skip this DIY walk. Do you know any juicy bits about the shooting locations that we haven’t mentioned? We would love to hear about them. Comment away! 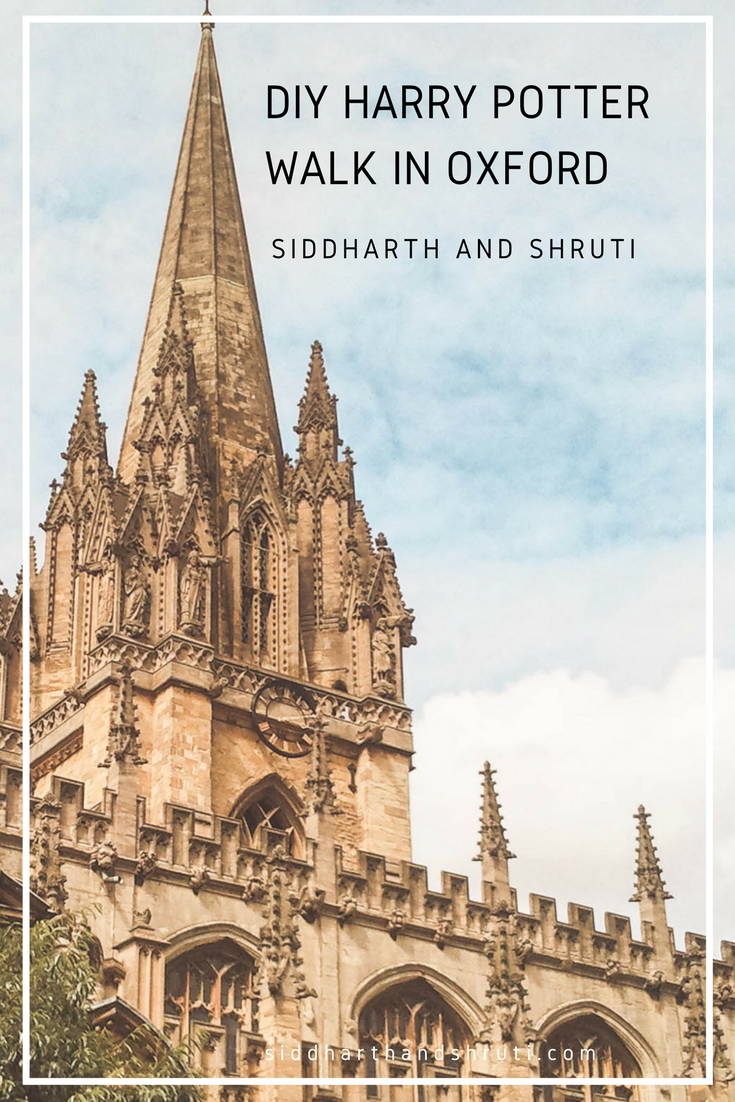