Siddharth and Shruti » Food » Food tours around the world #1

Food is a big part of our travel agenda. Wherever we go, we make it a point to try and eat like a local. This post is a collaboration with some of our favourite travel bloggers who have explored some amazing destinations through food tours. We hope it inspires you to try some of these mouthwatering delights! If you want to contribute to this series, the instructions are at the end of the post. 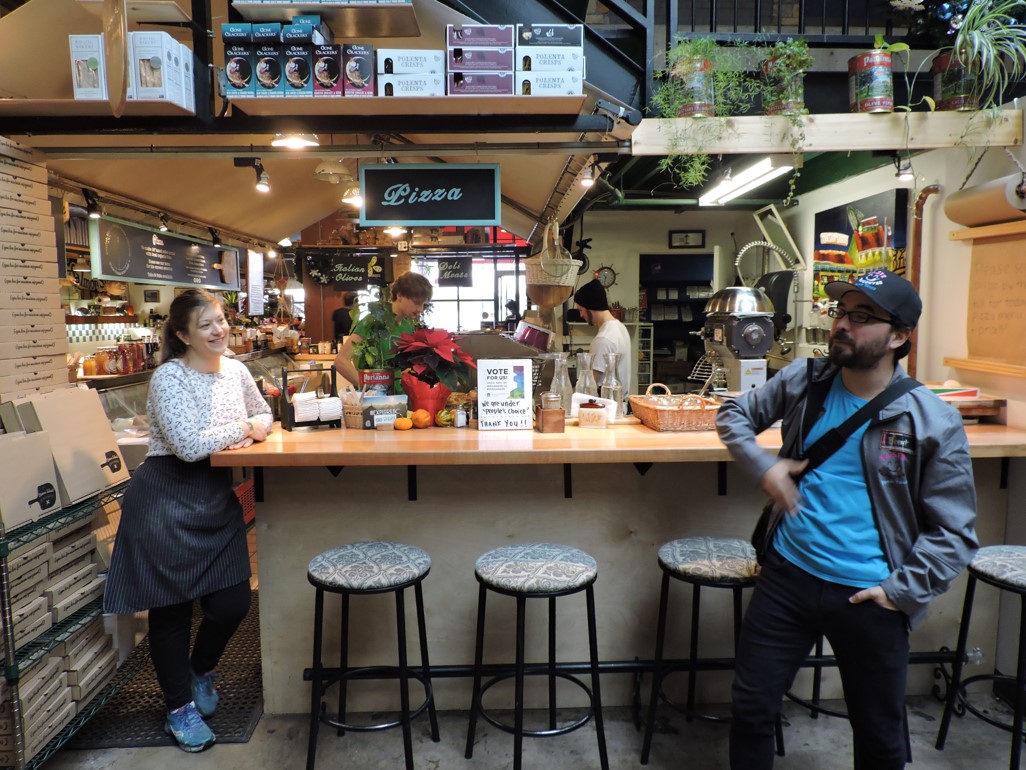 Arriving via boat to the opening of the Lower Lonsdale ‘Lo-Lo tour’ in Vancouver, we were hit with the sea air and baked food scents enjoyed by the residents of North Van. Our guide was a method actor in the week, and personable, food tour leader at the weekend. He guided us from stall to stall in the Lonsdale Quay market, enjoying pear and gorgonzola stonebaked pizza, smoked salmon, seafood chowder, freshly baked bread and pan seared steak. 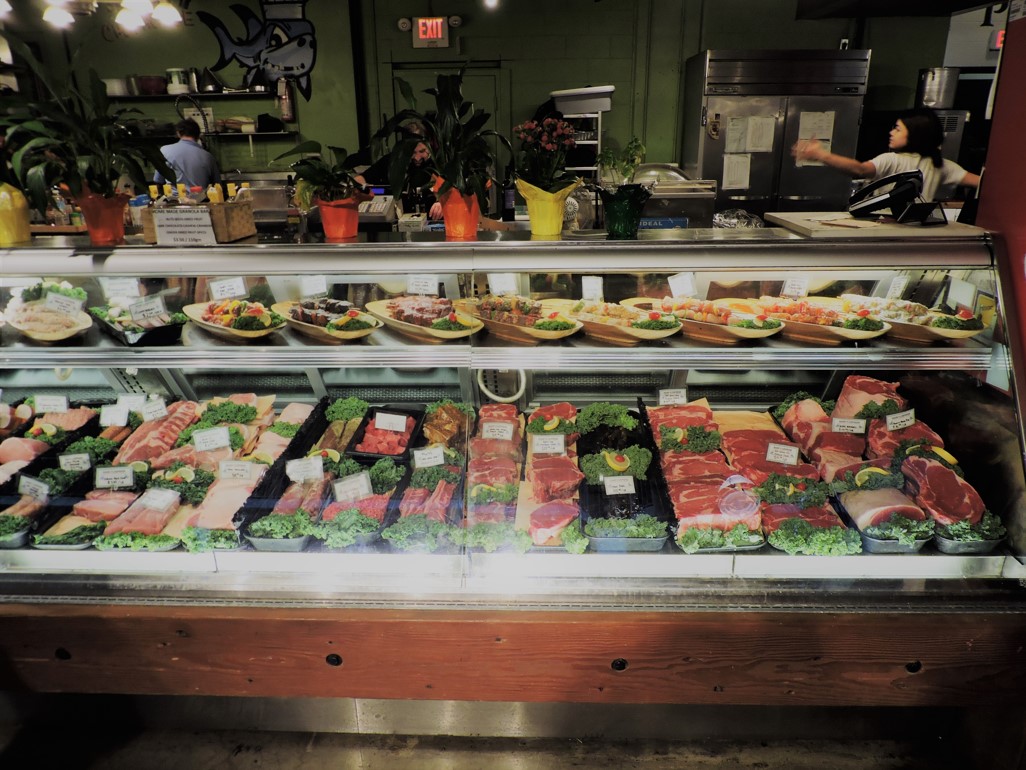 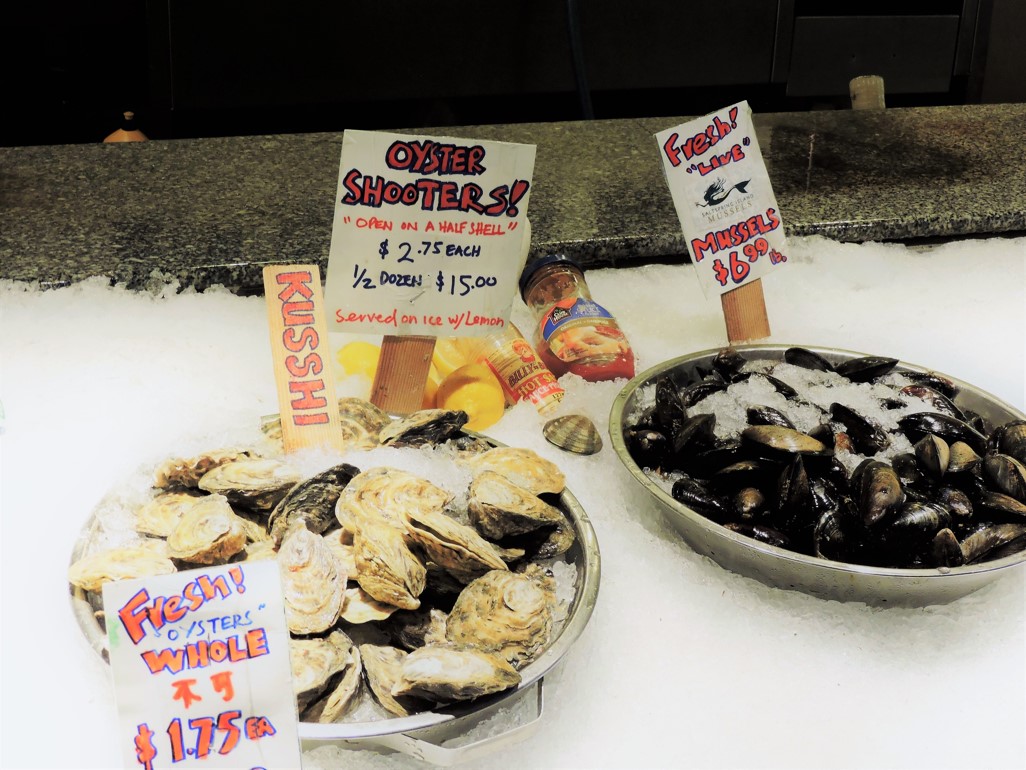 He entertained us with anecdotes about the food and the vendors before taking us to some local restaurants for craft beer, prosecco, and calamari. The last stop was a gluten-free bakery before the guests dispersed and we reluctantly made our way back to the ferry back to the city. 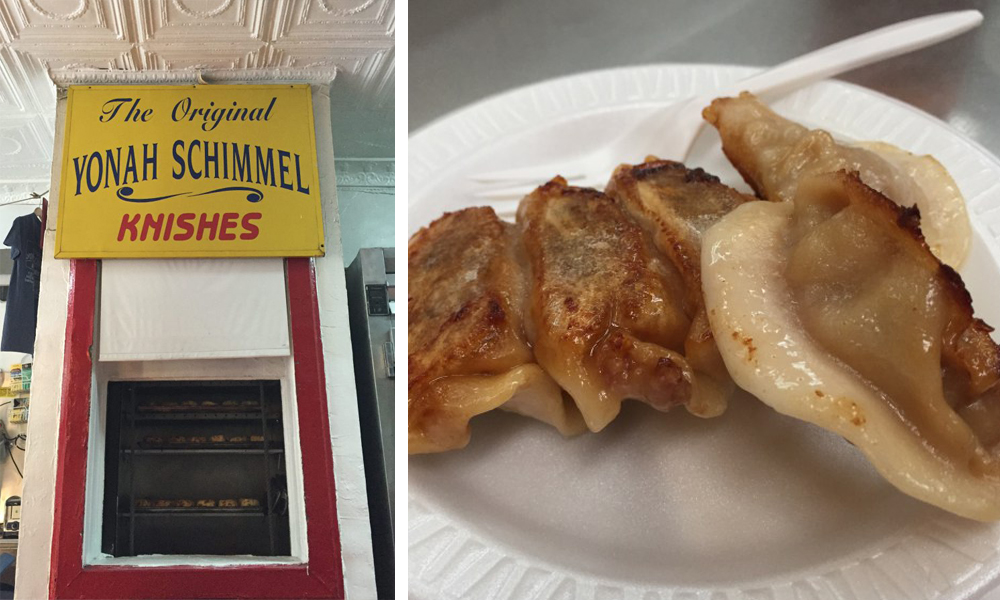 New York City is full of incredible food. Some of it’s dirt cheap street food and some of it is in restaurants with Michelin stars. My favorite way to find the best food in New York is on a food tour. And my favorite food tour is Tenements, Tales, and Tastes from the company Urban Adventures. It’s a half day tour of the Lower East Side that begins with a stroopwafel for your mid-morning snack. It’s a history walk where you get to eat the results of mass immigration to New York from around the world. The tour takes you through Chinatown for fried dumplings, Little Italy for fresh mozzarella, and the East Village for knish. At the final stop, it’s soft pretzels and the option to order a beer. If you’re still hungry after the tour (I doubt you will be), you’re in a great neighborhood to sample even more international cuisine afterward. 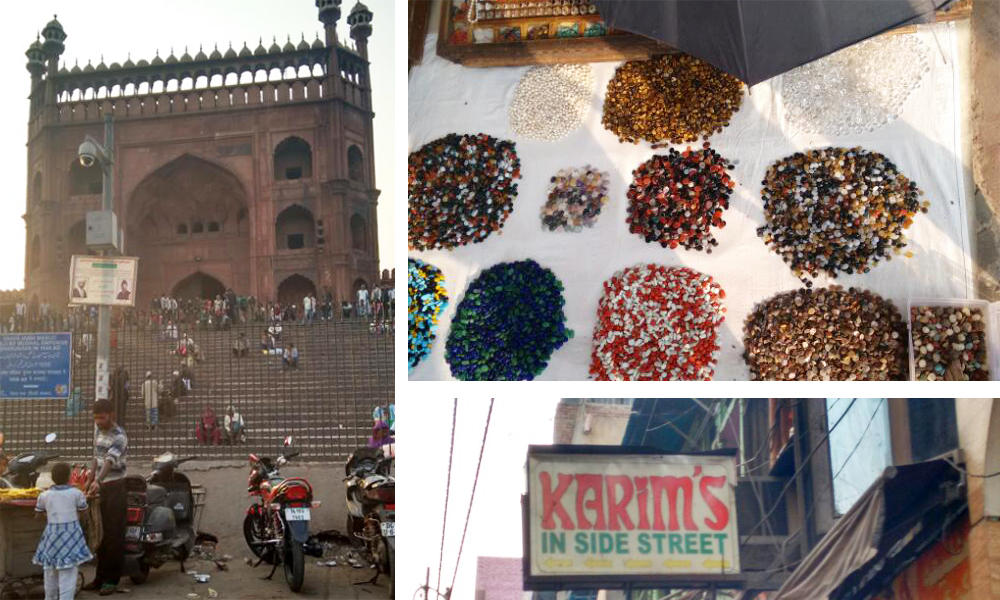 During my three days stay in Delhi, One of my friends in Delhi made sure that I took a food tour by Delhi food walks, which promised a whole lot of entertainment and delight to the taste buds.
I met Anubhav Sapra, the curator, and owner of Delhi food walks and other fellow tour participants who were ready to explore old Delhi’s heritage and food. 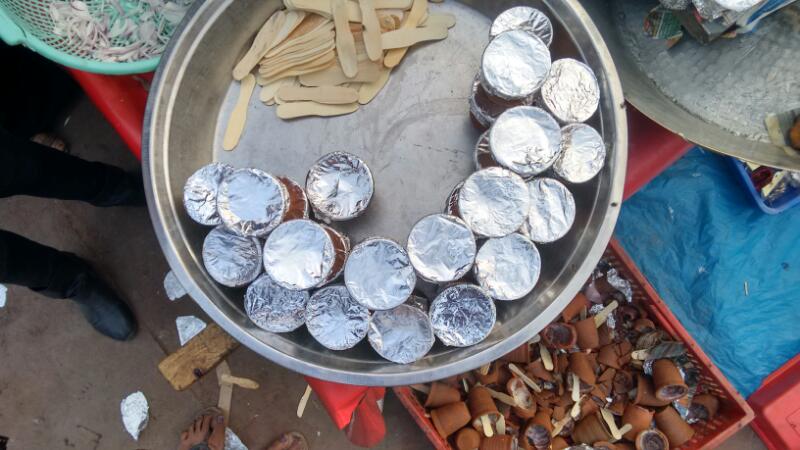 We started our journey from Chandni chowk metro station and paddled one way into the small and dingy by-lanes of old Delhi. After every few hundred Meters our guide made us stop at one of the famous food joints of that place and explained to us about the cultural significance of that place and the food. He even explained to us how the food that we were eating traveled from other parts of the world and got integrated into Delhi’s food culture. For example – at one of the food joints where we had Mughlai food, he explained to us that Mughal rulers, loved the spiciness in the food as they hailed from countries in which the temperatures were low. The spiciness in the food induced heat in their bodies, helping them keep warm. So now you know why Mughlai food is so Spicy! I must say the food tour was a true gastronomical delight!

San Francisco’s food is some of the best in the world, and, with the proximity to Napa Valley and the California wine country, enjoying the best of the best in food and wine is more than just a hobby, it’s a culture. Here are three can’t-miss spots for a killer DIY food tour in San Francisco.

Chambers Eat + Drink
Chambers, best known for their lively bar lights that spell out “BE AMAZING”, has become the spot to see and be seen in the Civic Center/Tenderloin neighborhoods. With a great DJ on Thursdays, Fridays, and Saturdays, there is no better spot to grab a drink and soak up the upbeat and classy ambiance. The red walls, velvety interiors create an elegant ambiance while the thousands of vintage vinyl records lining the walls add to the restaurant’s suave rock-and-roll vibe. But the real highlight here is the food. The contemporary American menu features options ranging from a creamy avocado tuna tartare to crispy pork belly to a to-die-for duck breast. And it’s to-die-for. 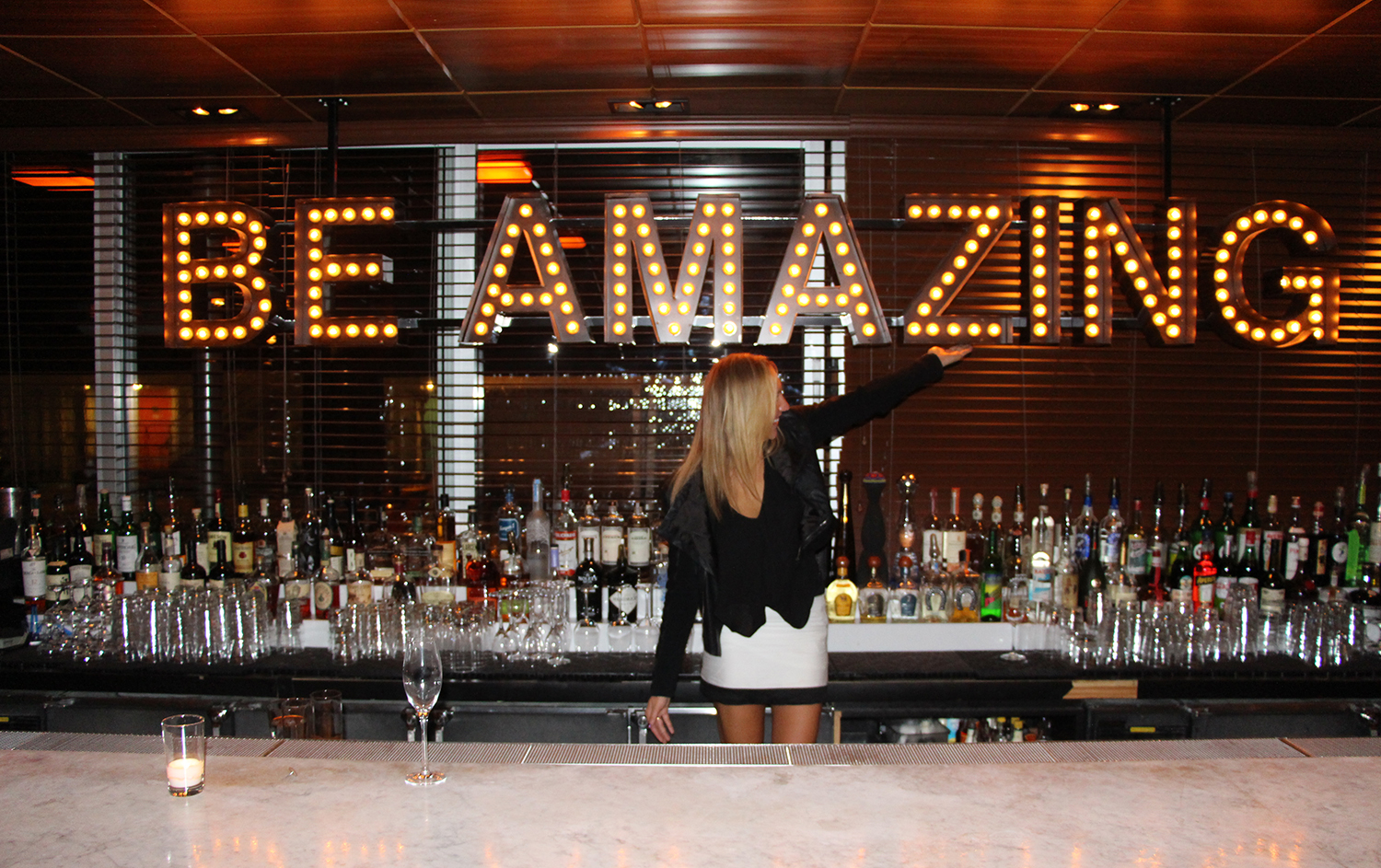 The Dorian
A two-story bar and restaurant on the prime real estate of Fillmore and Chestnut street in the Marina District- has quickly established itself as a San Francisco favorite for boozy brunches, delicious nouveau-American dinners, and classy late nights spent sipping cocktails in its parlor-like lounge.

Omakase
Walking through the doors of Omakase— a charming Michelin-starred 14-seat Japanese restaurant in San Francisco— you are immediately transported halfway around the world to Japan. Thick bamboo stalks line the windows, creating an oasis of quiet elegance. Soft instrumental spa-like music sets the mood. Waitresses in traditional kimonos pour sake into beautiful ornate glasses, which they explain are actually from Japan, as is the fish on the menu flown in fresh from the Tokyo Fish Market. It is the very best sushi in San Francisco and unlike anything you’ve ever tasted.

Nishiki Street Food Market was just around the corner from my capsule hotel in Kyoto. As it was lunch time, what better place to explore and fill your hungry tummy!

Before you try anything it’s great to walk the full length to check out what they have on offer and take a few photos before your hands are full. 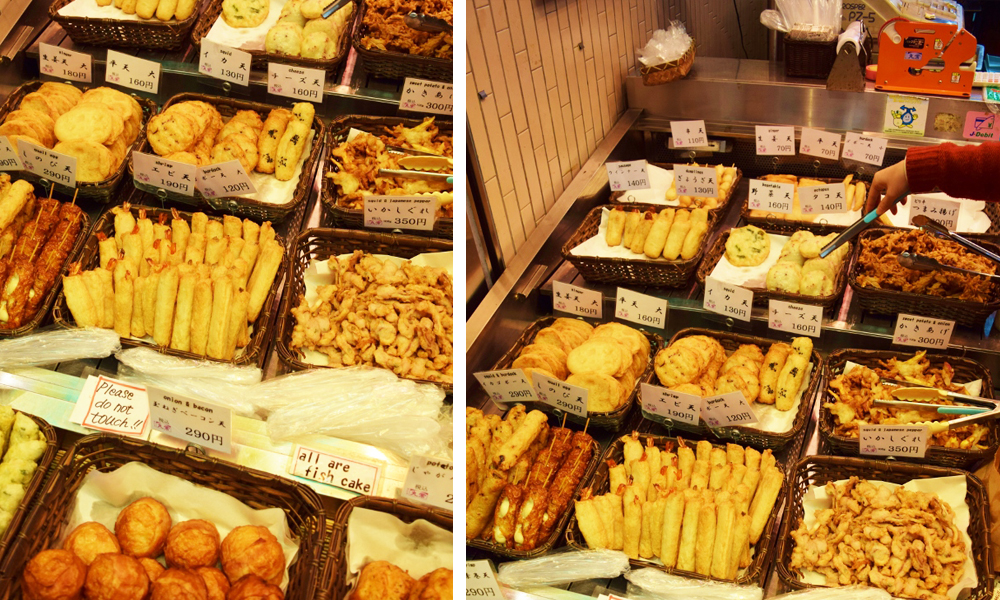 There is such a huge selection of weird and wonderful types of food, fresh fish and shellfish, snack food, there’s also numerous items in packets which I have no idea what they were! But the great part is that you can just point at items that look good and try so many different things as you walk through the market. One of the stalls that caught my attention had ‘Octopus on a Stick’, I have to admit their appearance tempted me straight away. I love trying new foods and after walking up and down a couple of times I braved it and bought my first Octopus on a Stick! Another delicious shopping snack whilst you’re on the go! 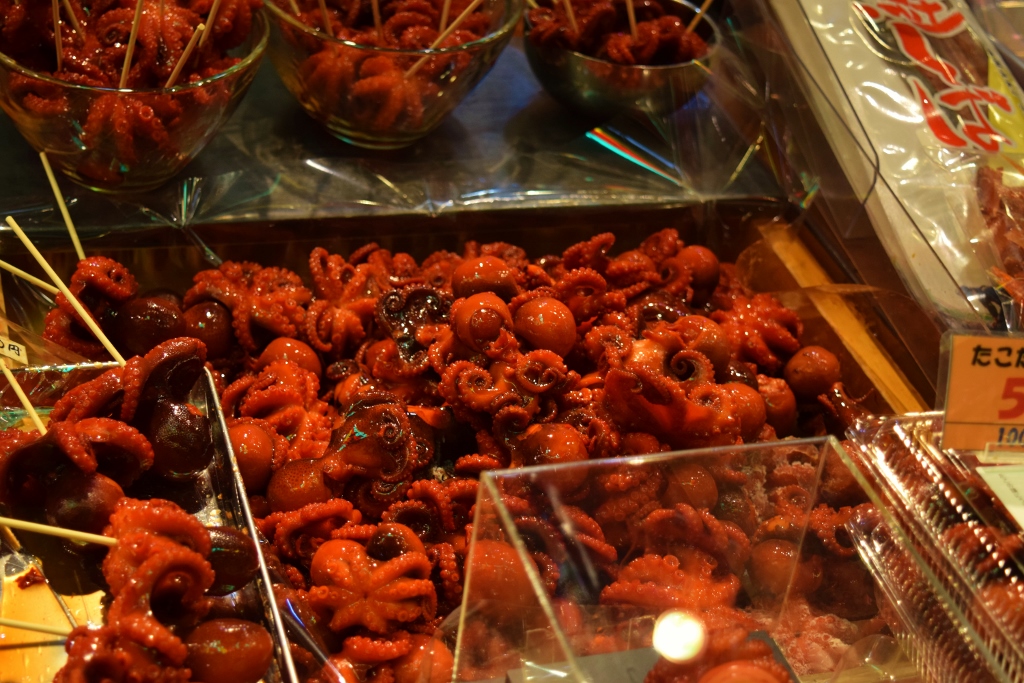 Udaipur, the royal city of Rajasthan, is a paradise for foodies! If you think Udaipur is only as good as its palaces and lakes (which are nothing short of magical though!), you probably haven’t experienced the culinary delights the city has to offer. Catering to both vegetarians and non-vegetarians alike, two signature dishes one must try in Udaipur are the Laal Maas (mutton cooked in a rich, thick, chilli-based gravy) and the Dal Baati Churma (traditional Rajasthani dish that comprises of balls made out of whole wheat and pulses ground to a paste and fried to crispy perfection, served with a lentil soup and a generous topping of ghee). 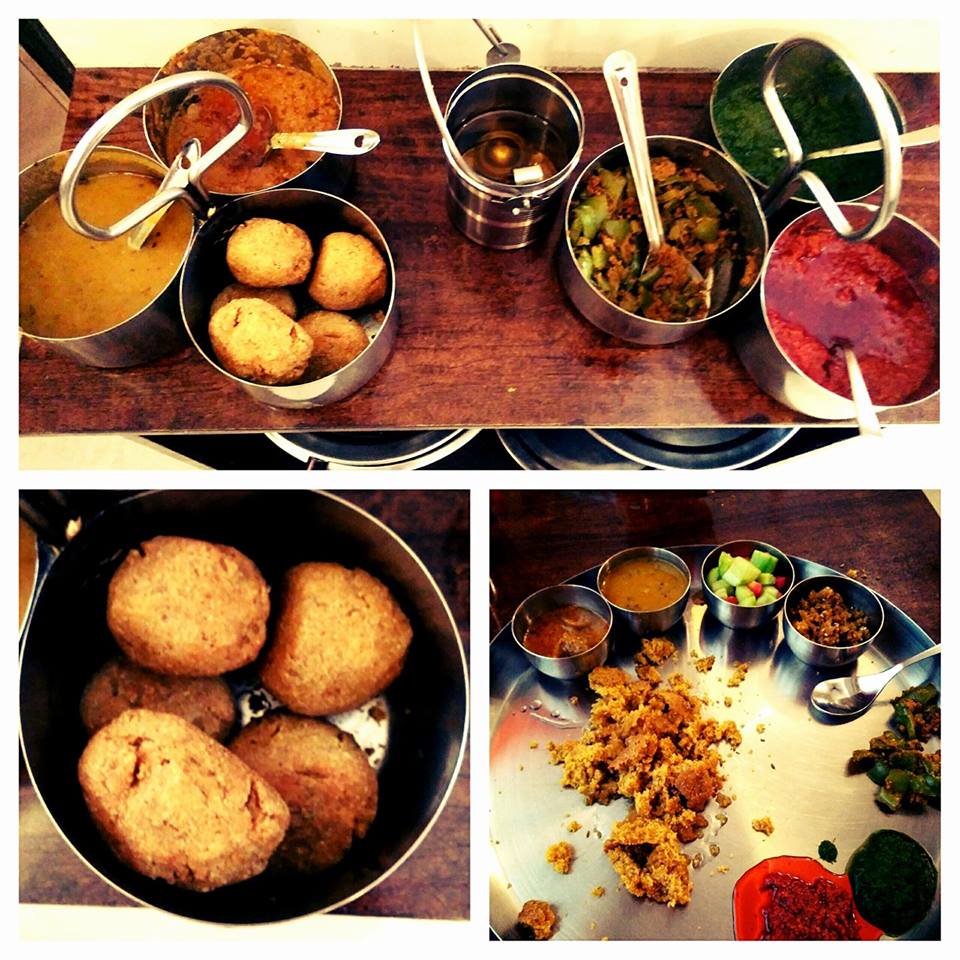 When visiting Udaipur, don’t forget to take pit stops at a few of its most famous restaurants for a taste of authentic local cuisine:
-Krishna Dal Baati Restro, for one of the best Dal Baatis in town (don’t miss out on their buttermilk too!)
-Nataraj Restaurant, for massive Rajasthani Thalis
-Tribute, for possibly the best Laal Maas in Udaipur (and a view to die for!) 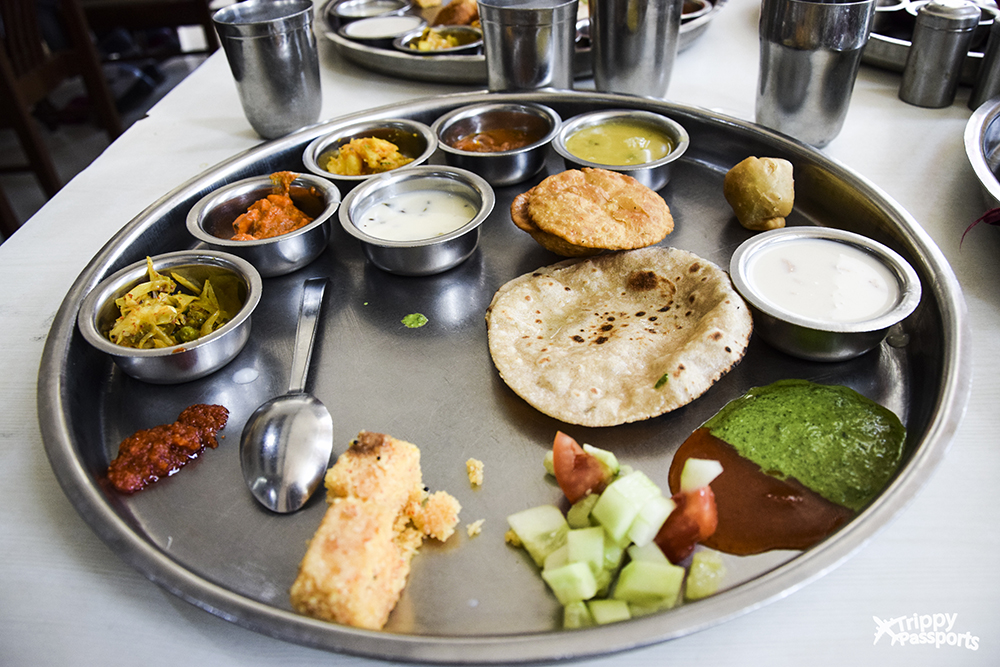 Have you been on a food tour? Which one was your favourite? We plan to make this post as a series in the future. If you are interested, send us a write up of 100-150 words with a minimum of 1/2 photos and your blog link and social media links at @info{at}siddharthandshruti{dot}com 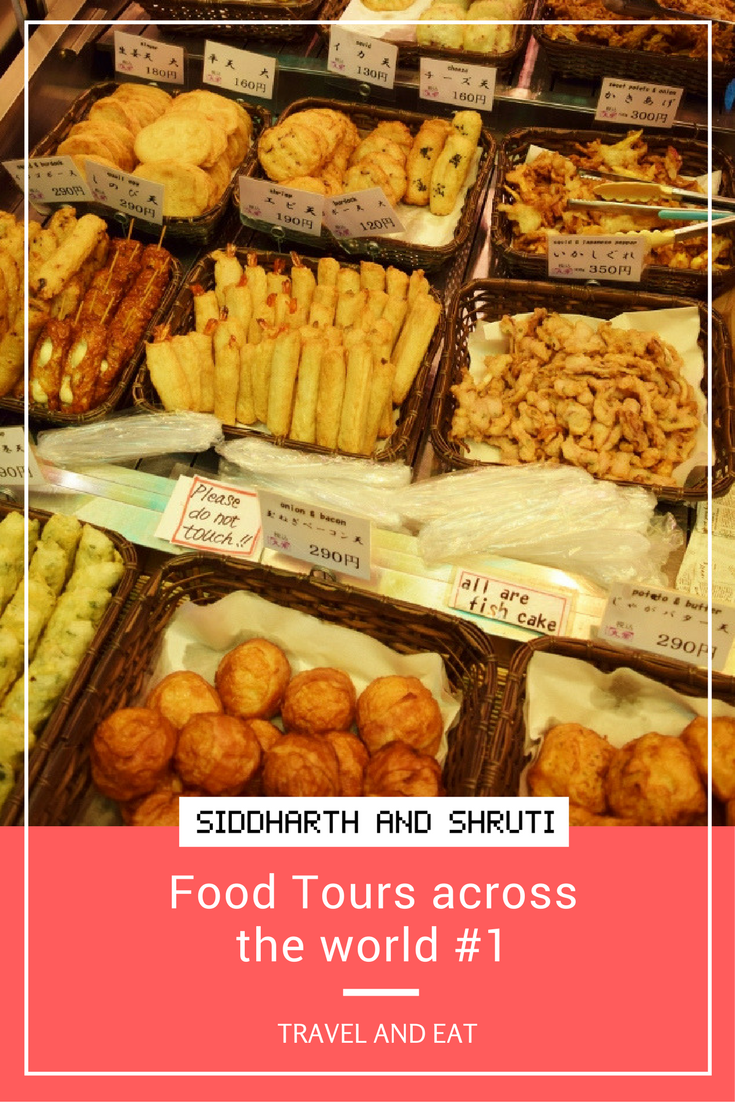